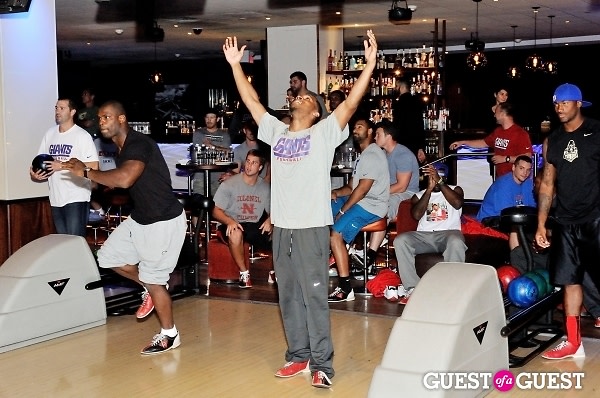 On Tuesday evening, Frames Bowling Lounge hosted the entire NY Giants team for a night out during their intensive 3-week training camp. Our favorite 4-time Superbowl champs had a night off and spent it hanging out at Frames, trading their usual competitive Superbowl antics for a night of super bowling. 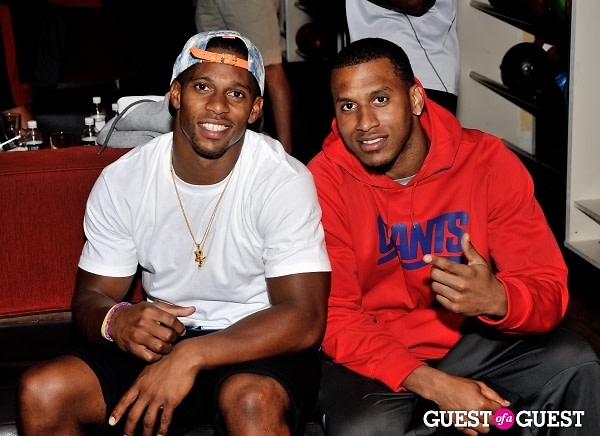 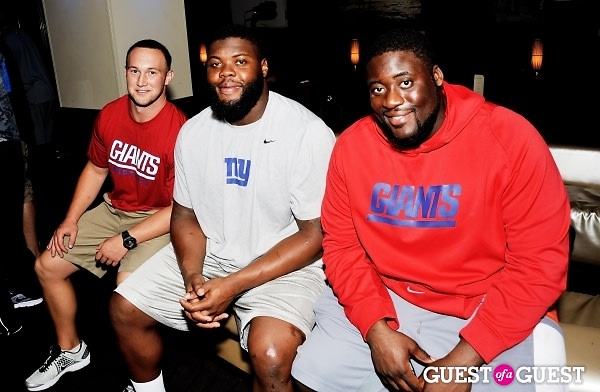 In an extremely rare occurrence, the entire 2013-2014 season team were present, including Eli Manning, Victor Cruz, coaches Tom Coughlin, Pat Flaherty, Kevin Gilbride and others. The guys were all really relaxed and enjoyed a great evening, shooting pool and throwing strikes, sans alcohol of course. Nothing but juice and water for this boys night out while training. 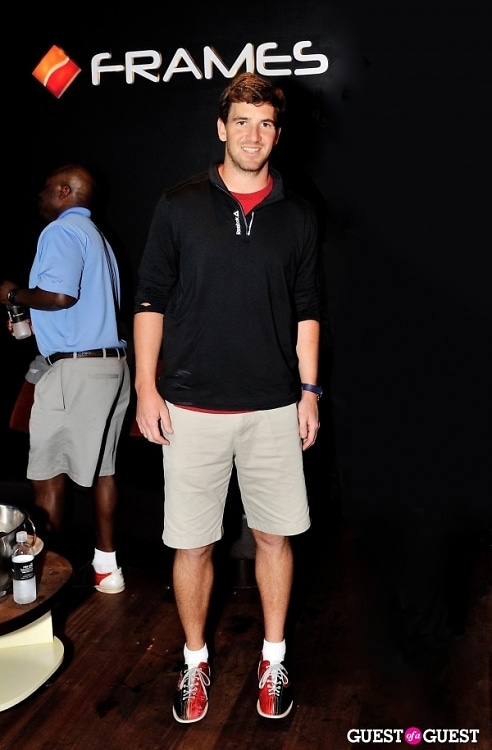 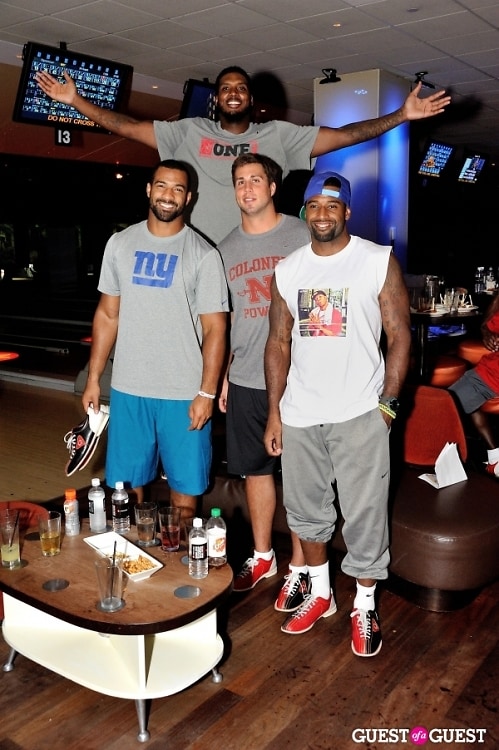 In good spirits, the players all had a laugh at Eli Manning’s expense when the Frames DJ premiered the latest Direct TV commercial, "Football on Your Phone" across all 26 lanes. The guys all erupted in a playful ribbing session with their beloved Quarterback, while Manning painfully watched the hilarious clip of him and his brother Peyton in '80s getups and wigs singing the football on your phone jingle. 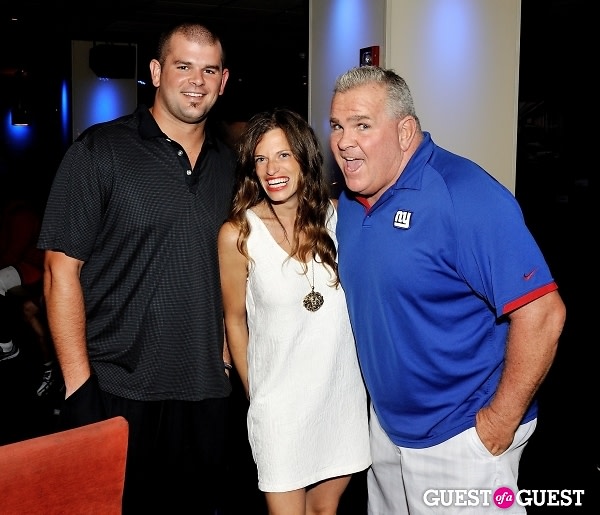 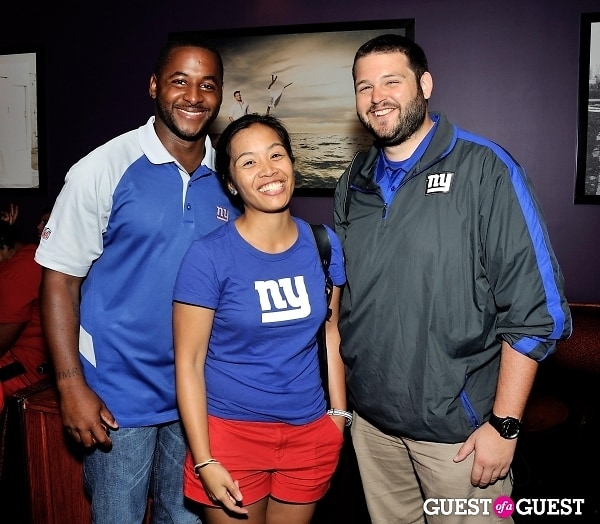 The larger than life football stars were all sweet gentlemen, and courteous towards the staff and servers. They were mostly interested in knowing when they could return for a night of bowling with cocktails. 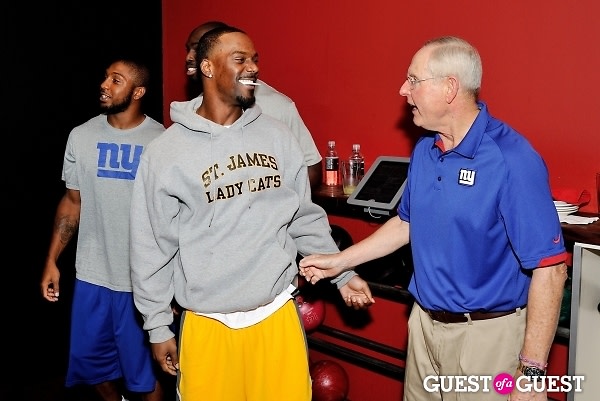 [Coach Tom Coughlin on the right] 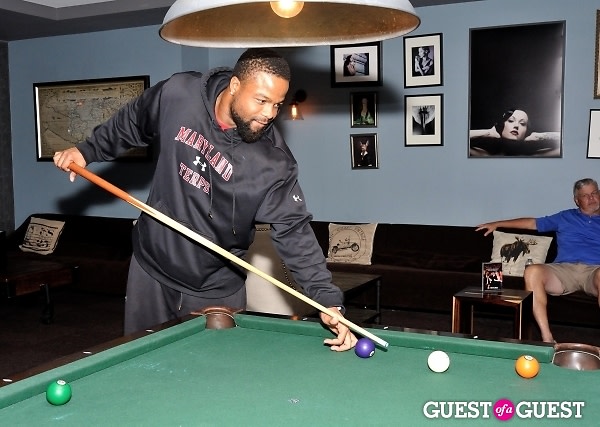 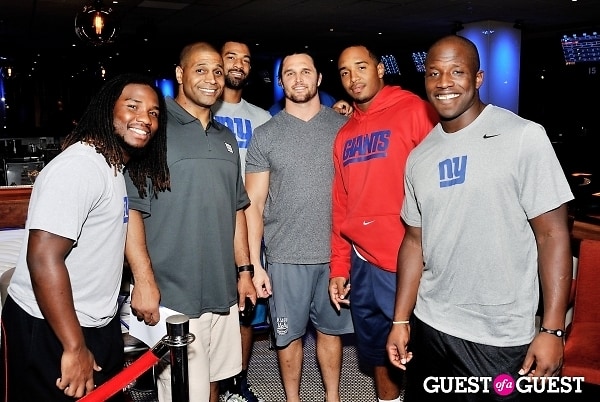 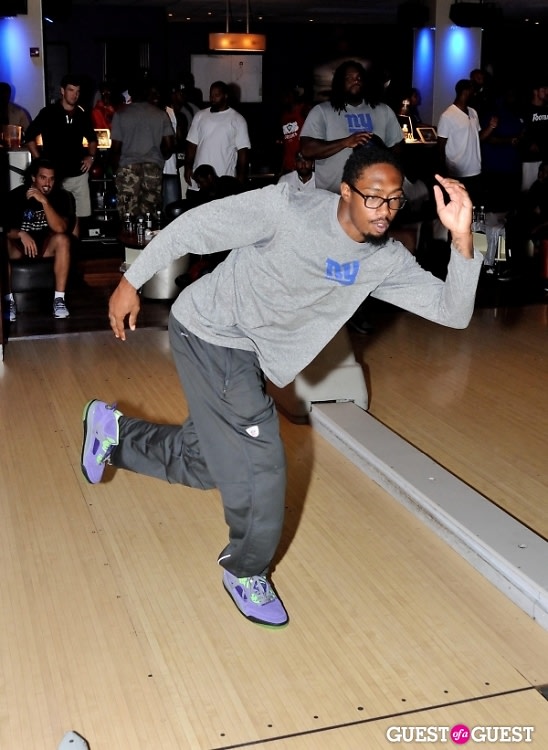 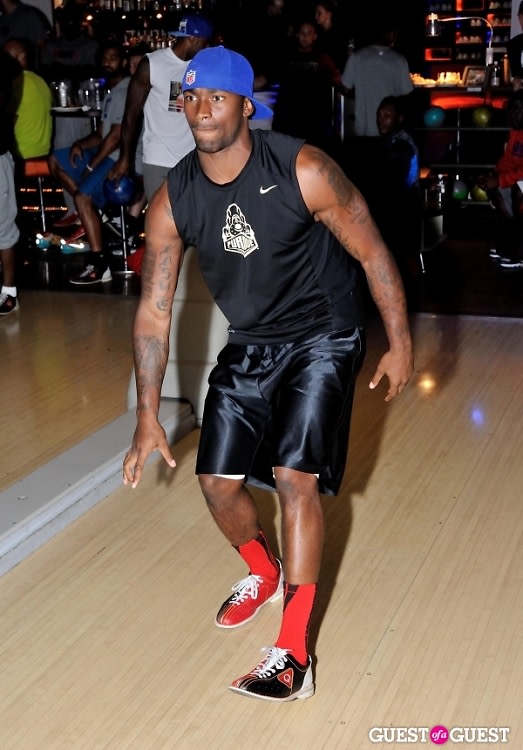 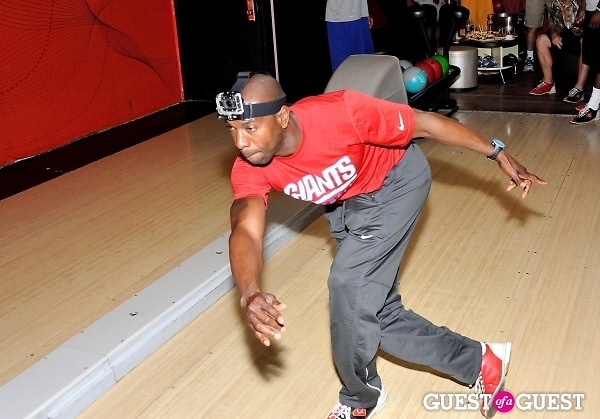 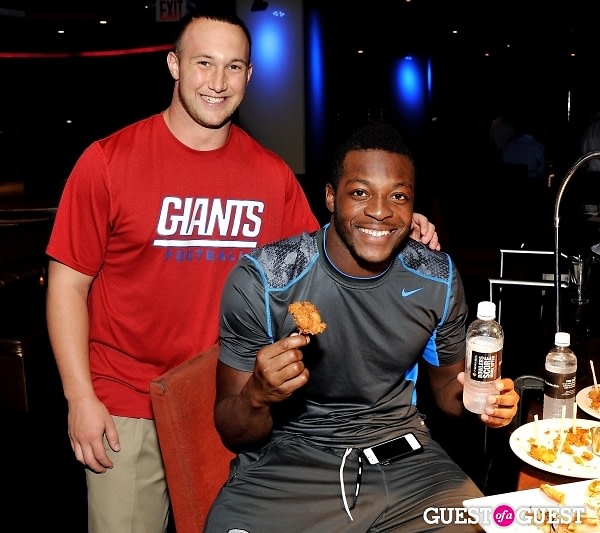 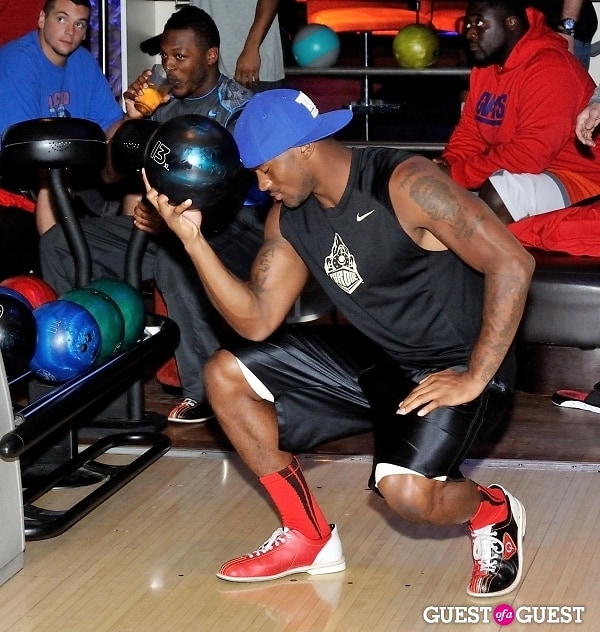 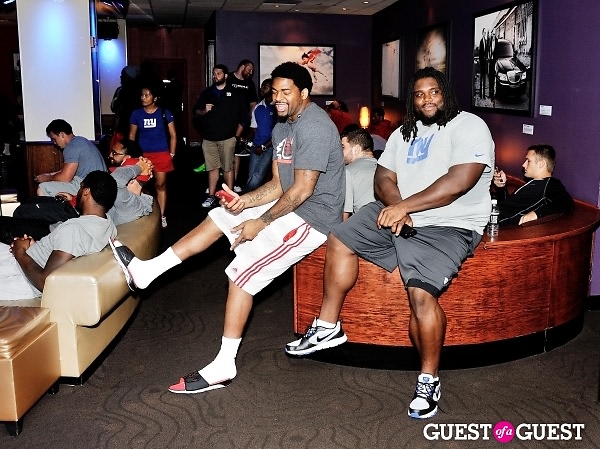 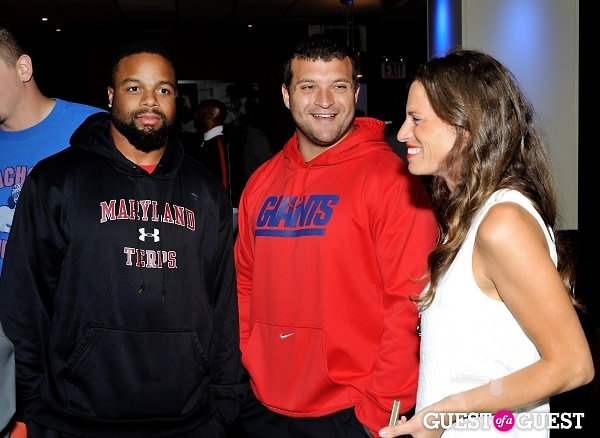 [Henry Hynoski in the middle]