Jay-Z was in a sharing and festive mood last night as he held court in a small room converted to a studio at the Mercer Hotel and played songs from his soon to be released collaboration album with Kanye West. We've got the details.

The event was made available to roughly two dozen media members and there still were not enough seats for every attendee, with Jay-Z playfully offering the standing members to just sit on the floor like they were back at camp.

Jay sat at the front of the makeshift studio playing songs at random from his personal computer, without any introduction or explanation. All photography, tweeting, and noting of specific lyrics was  not allowed. After the songs were played Jay opened up and told the attendees that they could talk all night with him about the album as long as they put their notepads away.

One rebellious journalist representing Fader Magazine was thrown out midway through the event for live tweeting, shown here, and one other person was able to sneak a blurry cell phone of Jay-Z at his computer, shown below. If this wasn't the most unconventional and exclusive listening party ever held I don't know what was, but all is back to normal today as the details are slowly leaking out.

In the spirit of keeping things unconventional, Jay stated he did not want to release a single for the album and still has not officially announced a release date or tracklisting. There was much speculation it was going to be dropped over the July 4th weekend but only the pre-order link popped up that day, showing a ship date of August 2nd.

The released album cover, designed by Riccardo Tisci, does not even list the album or title anywhere on the cover. At this point it's unclear if Jay is building the hype or just trying to confuse the masses, but with the anticipation for this album he has the right to be confident. 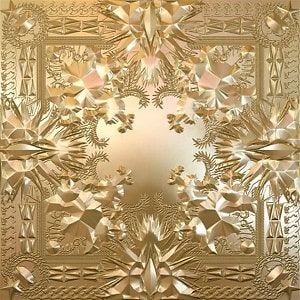 Now for the good news, all the songs were well received, although in such a small group who would dare say a negative thing? Jay-Z told the attendees that he made this album for the love of music and was turned off by anything commercial sounding. Every single song was recorded when Jay and Kanye were both in the room, usually a random hotel room.

Unsurprisingly, Beyonce was featured on one of the songs, and surprisingly newcomer Frank Ocean had a part in two songs. Jay would not go as far as to confirm that any of the songs played will definitely be on the album. AllHipHop is the only site so far to attempt a breakdown of every song played.

Finally, Jay confirmed what we all could have guessed, which was that working with Kanye on an album is not something he would do again due to the difficulty of the creative process and disagreements. He told an anecdote, according to Billboard, of how Kanye told him not to release last year's summer hit "Run This Town" because he did not think it would go over well with the public.

We all know that Kanye is not the best at getting along with people but he does make amazing music, and let's just hope when this does come out it will be one for the ages. 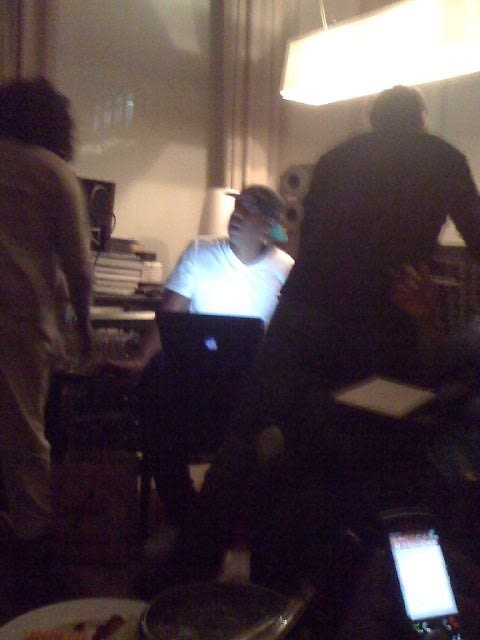