The young literary-minded group mingled, talked what they are reading, and watched as Patti Smith took the honors for Just Kids,  her memoir of life with artist and photographer  Robert Mapplethorpe in the late-1960s, via live feed. They also held their own ceremony, the MyNBA Awards, which recognized categories outside of the traditional ones such as Best Opening Sentence, Best Debut Novel, Favorite Hero(ine) Under 35 and more.

Robert Redd, the world's first literary product company, hosted an interactive literary game held throughout the party based on the legend of Robert Redd. There was also an auction to benefit Literary Partners, a DJ, and oddly a giant zebra bathed in red light.  You're bookish and creative. Use your imagination. 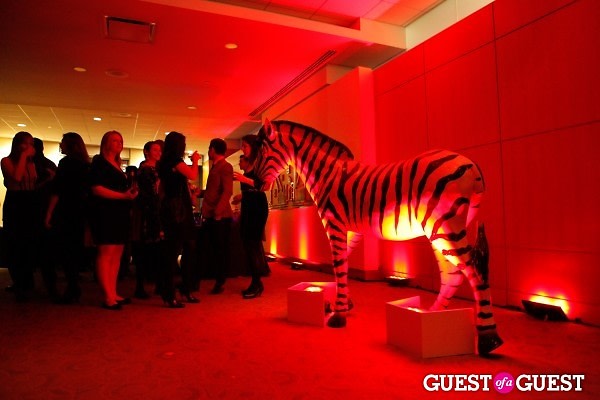