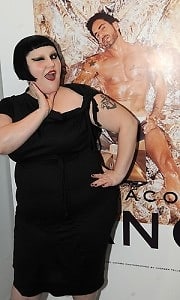 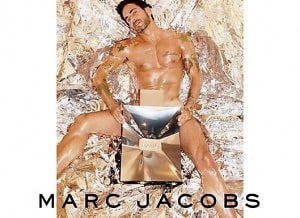 The new campaign will showcase plenty of Marc. So much so, he posed naked for the ad campaign, with the ads showing Marc naked under a silver Mylar bed, clutching the modern flask bottle lies between his legs. Guess that's the "Bang" part in the ad. To appease the conservatives, the ad will be cropped at the chest for the Midwest and only a bottle will be shown in the Middle East.

But there is no doubt the guy takes care of himself, as he told Vogue:

"I wasn't nervous at all - I keep in shape and go the gym a lot anyway so, no, I didn't have to do much preparing. I've been working out forever. I take pride in grooming."

Those in attendance at the fashionable launch included: Mischa Barton, Daisy Lowe, Jake Shears from the Scissor Sisters, Beth Ditto, and the new DJ dujour by association, Jesus Luz (seriously, how much has going out with Madonna helped his career). There were whispers his paramour would turn up, but the former Material Girl failed to, um, materialize. 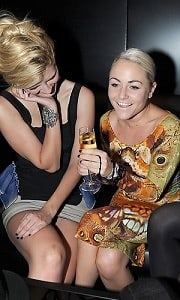 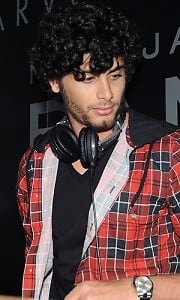 Mischa Barton, Jamie Winstone share a joke about how they scammed their way into a happening party; Jesus spinning some Madonna tunes 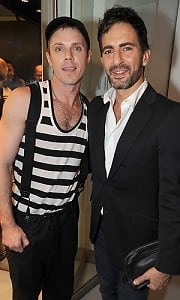 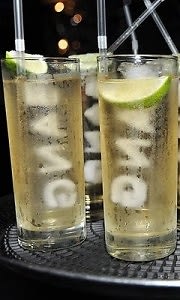 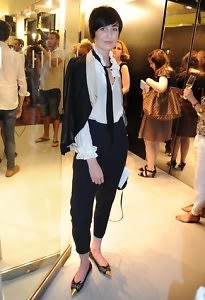 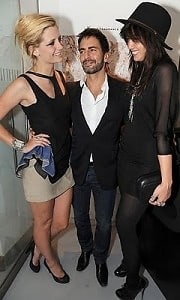 Guests at the space age party sipped on Harvey Nichols Champagne (yes, they have their own brand) and Bang vodka cocktails, complete with Bang ice cubes and nibbled on sesame-soy glazed tuna lollipops, home-smoked salmon rillettes on swedish crisp bread and caramelised red onion and goat's cheese tartlets. For pudding there was profiteroles with praline mousse and a selection of macaroons. However, with the fashionable set in town, there wasn't much eating to be had. Vodka = yes, dancing to Madonna tunes as spun by Jesus = hell yes, Carbs = No, especially after seeing Marc Jacobs toned physique in the new fragrance posters.

BANG! will be available exclusively in Bloomingdale's and Marc Jacobs shops in July 2010, and worldwide in September 2010. 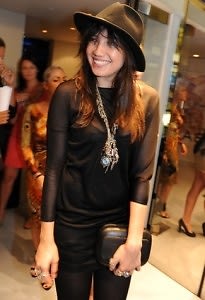 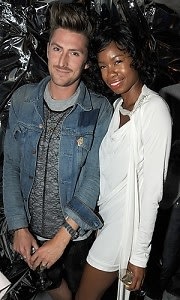