The world is filled with icons. Fashion Icons. Food Icons. Decorating Icons. However, only one person can adequately fill each of those positions and truly be called ICONIC - the Martha Stewart. Meeting her is pretty much the dream of most people who live in cramped apartments in big cities who want to make their homes not look like a prison. Which is exactly why we left our cramped apartment right after a blizzard to brace bone chilling temperatures and help Martha celebrate Nick Voulgaris III and Douglas Friedman's new book, The Seaside House: Living On The Water. We caught up with Stewart, who wrote the foreword to the inspiration-filled edition, at the private fete at Saks Fifth Avenue, where she spilled on Snoop and more!

What about The Seaside House is the most inspiring? How did you get involved?
Martha Stewart: Well, Douglas is a very fine photographer, I’ve worked with him for many years and Nick, I worked with him on his first boats! It was kind of a natural thing that they asked me to contribute to this book and it was fun too. One of my houses is actually in the book!

Where are your favorite places to relax in the summer?
Skylands. Oh and my house in East Hampton, but they didn't put that one in.

Outside of your house, where's your favorite place in the Hamptons?
The beach, which is just down the road.

What about your new show? How is working with Snoop?
It’s going very well! VH1 just ordered another 20 episodes so we’ve been working on that and we start to film in May.

Any advice for young people starting out in their first apartment?
Buy s-l-o-w-l-y and carefully. Try to develop some aspect of taste. Your own taste, develop it! Don’t just buy junk at any number of those home little furnishing stores because it's worthless the minute you buy it, so buy carefully. There are great things at 1stdibs and consignment shops that have really great value. 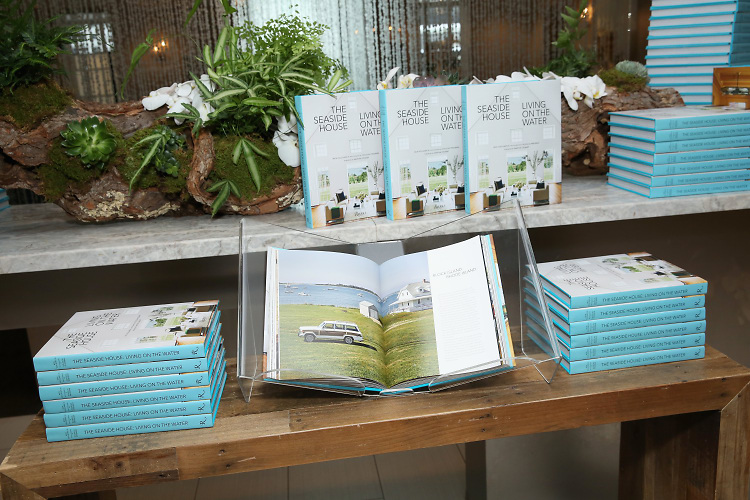