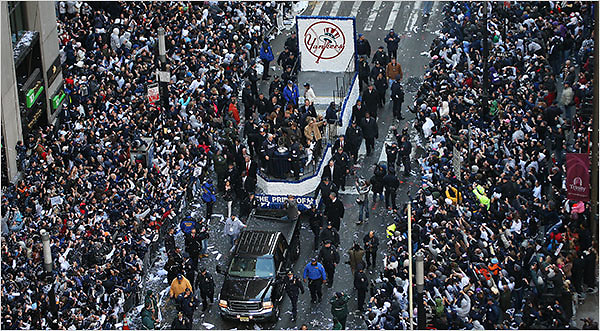 [Photo by Josh Haner for NYT]

"When you win in New York, they do it right", says Yankee right fielder Nick Swisher. They're certainly doing it right today in Lower Manhattan, where Jay-Z, Yogi Berra, Rudolph Giuliani, David Paterson, and an estimated one million Yankee fans are celebrating the Yankee World Series victory. Tons of parents have taken their kids out of school, workers have called in sick, and students have skipped class in order to attend a once-in-every-ten-years parade.