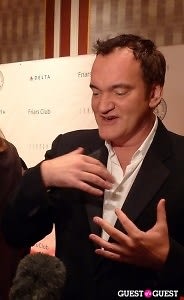 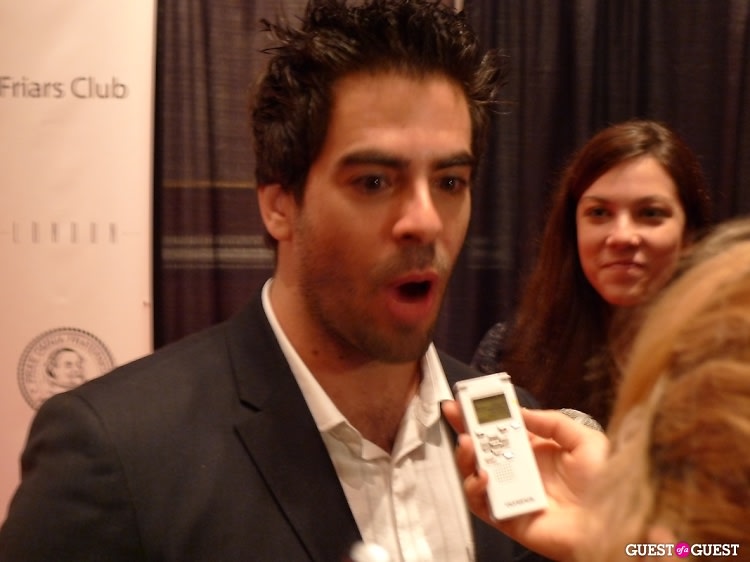 He was challenged by the actor and filmmaker Eli Roth, who starred in Tarantino’s “Inglorious Basterds”

“It’s going to be brutal! Friendships will end today,” said Roth, who promised to give “a career ending speech” once he hit the podium to destroy Tarantino. But Tarantino promised to not only get his ass kicked but also “kick some ass in return!”

When a celebrity is “roasted” and ridiculed by his peers at the Friars' Club roast, all weaknesses and failings are fair game.

Tarantino was proud to be the 100th roastee at the time-honored event, where stars like Humphrey Bogart, Lucille Ball and Bruce Willis have been cut down to size by a “comic jury” of their peers.

“This is a great entertainment tradition,” said an excited Tarantino, who gesticulated wildly while roaring the trademark guffaw that has made him “the loudest person in show business.” At least, that’s what actor Rob Schneider, who was also roasting, called him.

The roast jokes can go way over the line – one example was the comedian Gilbert Gottfried’s scatological Aristocrats joke at Hugh Heffner’s roast in 2001:

And this year, another clear and present danger presented itself: Jet lag.  The roast started at noon, and that would make it only 9 a.m. on Hollywood time, the home time-zone of most attendees.

“People are mean earlier in the morning,” said the actress Patricia Arquette, who confessed to being a bit tired herself. “They’re not letting anybody have coffee this morning!” 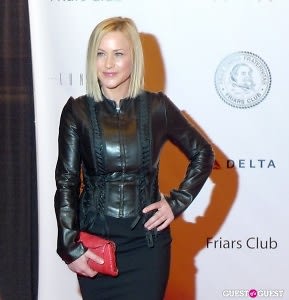 She predicted that Tarantino was in deep trouble:

“I think they’re just going to go for the jugular and rip it out! Shred it and leave him bleeding,“ she said.

But she also promised to be there to console the filmmaker, since she felt like being his “first wife.” She acted in “True Romance” in 1993, the action movie Tarantino wrote before directing his break through “Reservoir Dogs”. Tarantino could cry on her shoulder, she said, if things got bad.

Tarantino had chosen his trusted friend Samuel L. Jackson, who starred in Tarantino’s masterpiece “Pulp Fiction”, as “roastmaster” because he is “a good party starter.” But none of the giddy roasters would disclose any juicy details on their plans for crushing Tarantino’s ego. 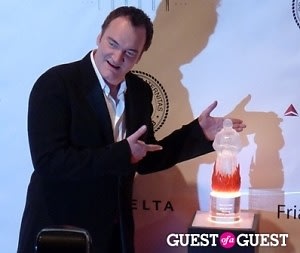 Only Dick Cavett, the former television host and current blogger at The New York Times, offered an embarrassing Tarantino fact:

“I guess his major fault, and critics would agree, is the fact that unlike me, and Johnny Carson, Marlon Brando and Fred Astaire … he never came from Nebraska”. Cavett is known to have a Nebraska-fetish and also pointed out that the legendary producer Darryl F. Zanuck and the actors Henry Fonda and Robert Taylor also came from the Cornhusker State."

At roastings there’s a fine line between being funny and never working again, and Eli Roth continued to promise to go way over that line.

“If I am still working after today, I failed,” he said. “Pretty much my entire career is a build up to this roast, and there should be nothing left.”

He might not be kidding about the career build up. Roth kicked off his filmmaking with a student film called “Restaurant Dogs,” an homage – as they say in Hollywood - to the Tarantino classic.  But he also had nice things to say about Tarantino.

“He’s a great DJ. When you watch his movies, he has a really cool sound track,” Roth said and explained that Tarantino would have music playing between set-ups on the film shoot. Being at a Tarantino movie is literally like being in a Tarantino movie.

Roth also said that he had done a “Full Monty” strip tease in front of three hundred extras when Wham’s “Everything She Wants” got everybody psyched at the “Inglorious Basterds” shoot:

“Quentin was genuinely shocked," Roth said. "That was like the weirdest thing that had ever happened.”  Roth said that his most orgasmic moment had been “Shooting Hitler in the face in “Inglorious Basterds."  “What bigger wet dream was there for a little Jewish kid from the suburbs than to go and shoot Hitler in the face?” asked Roth.

The roast was rescheduled from October to December due to the death of Sally Menke, Tarantino’s longtime film editor and close friend. It coincides with the release of a DVD set of classic Friars' Club roasts.