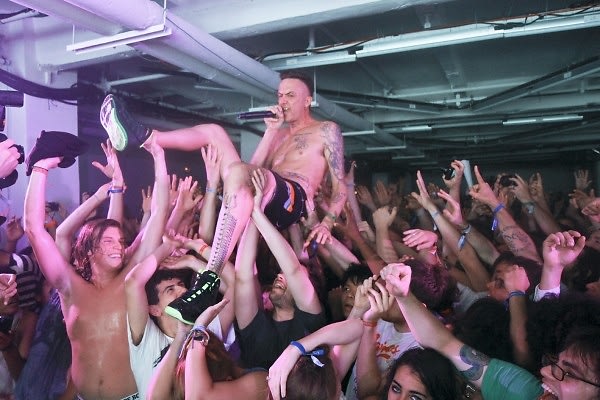 Go HERE for more photos by Brayden Olsen and tag yourself and your friends! 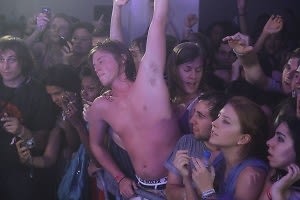 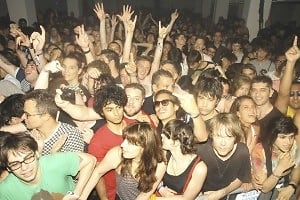 But despite the sometimes intense heat, no one seemed too annoyed at the chance to see up-close performances by legends like The Rapture and Interpol, along with fresh sensations Sleigh Bells, Gang Gang Dance, South Africa’s Die Antwoord, and an epic DJ set from Mark Ronson (who also dazzled a panel crowd by creating a pop song in under one hour using sounds made by the audience). 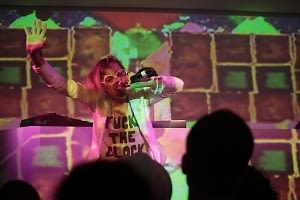 not-so-secret headliner (she could give General McChrystal a few lessons in post-profile damage control), electrified the packed, teetering crowd with “Born Free” off her new album /\/\/\Y/\ as she took the stage. She followed up with a set best described as “immersive,” that climaxed with her nursery-rhyme-set-to-gunfire megahit “Paper Planes.” If the combat sounds on the recorded version help make it danceable, in person the effect was more akin to finding yourself embedded inside Full Metal Jacket. I can still feel the bruise on my forehead where I was hit by a Fiji water bottle dispatched from the stage – but at least I had something to drink for the rest of the show. 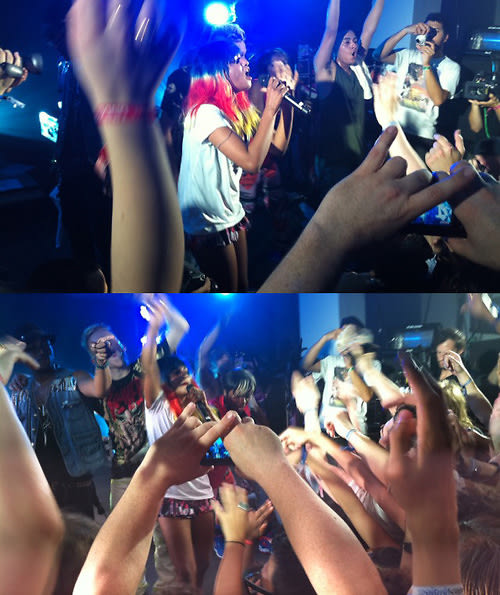 Put your cams in the air and wave 'em like you just don't care.

Those seeking respite from the heat could cool off while wandering through an impressive maze of interactive art including Multi Randolph’s Deep Screen (a "3D cubic video display made with 6,144 animated light spheres"), or sit through the panels and screenings, including new work by VBS.tv creative director Spike Jonze. 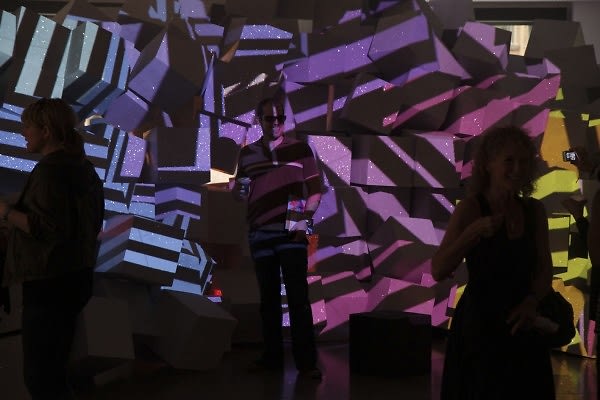