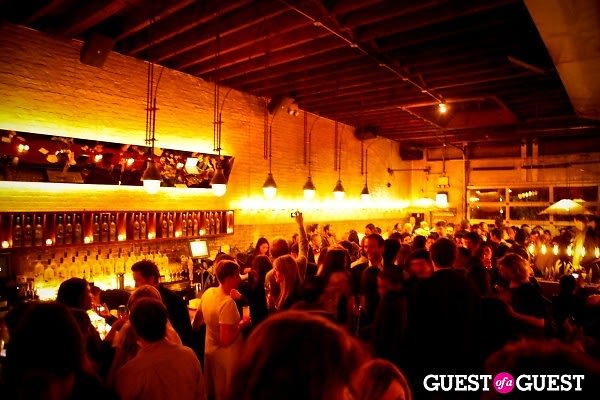 Le Bernardin's Eric Ripert was among the typically uptown chefs and barkeeps who ventured to Public in SoHo last night to celebrate the inaugural Eater Awards.

Lockhart Steele played master of ceremonies just steps from his birthing ground - Public Restaurant and Gawker share a street address - and the tomato soup can awards were displayed for the lucky winners. Even those who didn't snag a Warholesque award came out to play - Food and Wine magazine's Home Cook Superstar Sarah Simmons was on hand as were Kevin Denton and Will Guidara from Union Square Hospitality Group. 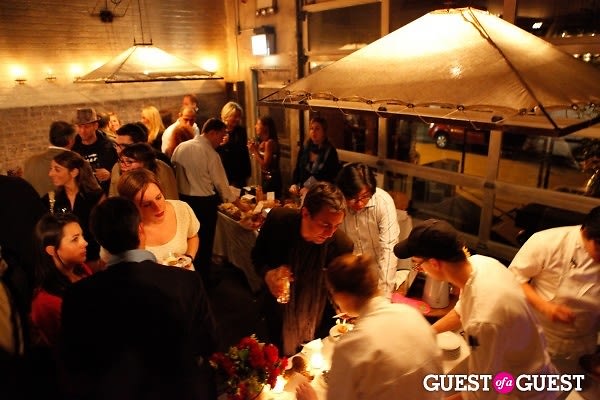 To recap, Eater's local editors in NYC, LA, SF, Chicago, Portland, Austin, and Miami nominated candidates for four major local categories: Restaurant of the Year, So Hot Right Now Restaurant, Chef of the Year, and Shaker of the Year. Eater readers then voted to narrow the field to a final three in each category. From that final three, the Eater editorial team picked a winner. In very rare cases, we exercised Rule 17, Sub. 19, which allows for veto of the popular vote. (This rule was used just once in 2010.) In addition to these main stage winners, said Eater editorial team has named worthy winners in more specialized categories, for myriad notable achievements.

The NYC restaurant of the year went to Torrisi Italian Specialties.

April Bloomfield of The Spotted Pig and The Breslin was among the chefs cooking. She served up a new "Clam Chowder" that blew people's minds. Cooking and chilling nearby was Frank Falcinelli of Frankie's and Prime Meats. NYC Chef of the Year Michael White arrived with business partner Chris Cannon to scoop a bevvy of awards, including "So Hot Right Now" for Soho's new Osteria Morini, and Empire Builders of the Year to the duo that now run Marea, Morini, Alto, Convivio, and more.

On the upper level, Christina Tosi and the women from Momofuku Milk Bar previewed two new never-before-tasted buns (one pulled pork, one -- gasp! -- vegetarian) -- and served cookies to everyone in giant piles.

As the night wore on, the brand new hotness that is the Korilla Taco Truck showed up and bombed partygoers with Korean tacos for all!

Check out Eater.com for a full list of winners. 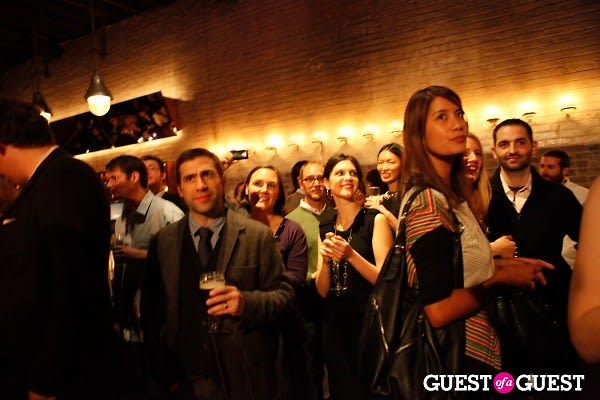 It's great seeing these guys together again.... 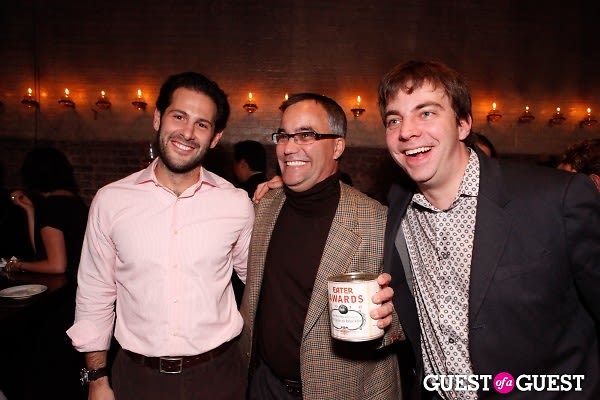 Our old friend, Scott Solish, aka DBTH was there! 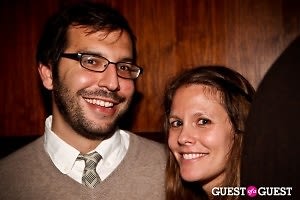 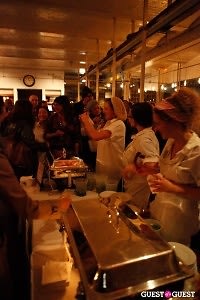 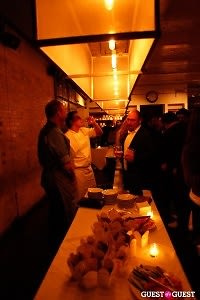 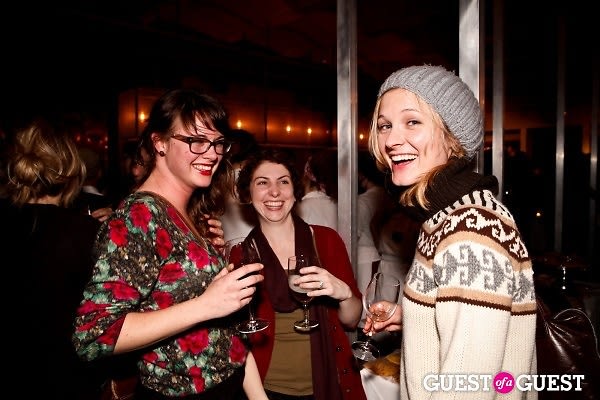