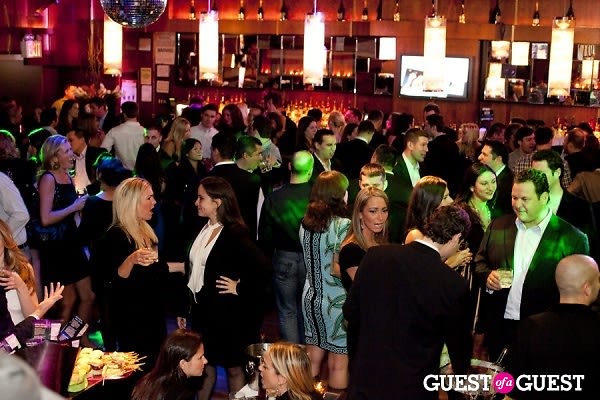 Clean pores and a cleaned-up gulf, pas de deux at the ballet and hard-driving beats at the boîte. Not to mention major inroads toward a cure for blindness. This week in New York just proved what every Manhattanite already knows: it's entirely possible to be selfish and enlightened, altruistic and indulgent all at once.-

Click HERE to see more photos of the gala!

The New York City Ballet hosted the ultra glam debut of its fall performance season at Lincoln Center yesterday eve. And who better to act as honorary chairwoman than Sarah Jessica Parker herself? Naturally, real-life Carrie Bradshaw, Sex and the City authoress Candace Bushnell, and her ballet dancer hubby Charles Askegard were also in attendance, along with Jake Gyllenhaal, Natalie Portman, Fe Fendi, and Francesco Clemente.  And in the only possible manner befitting a SJP-hosted soiree, finest fall fashion was out in full force. Or am I the only one with an eye on that rabbit fur chubby in palest blue?

Click HERE to see more photos by Benjamin Gustafsson and tag yourself and your friends!

Spa Week, that glorious democratizing institution that gives those cash-strapped among us the chance for as clear and glowing a visage as the city's grandest dames, kicked off last night with a fête at the Prince George ballroom. The Royal Treatment, indeed! Go HERE for a list of participating spas and get to photofacialing!

Click HERE to see more photos by Gonzalo Romero and tag yourself and your friends!

Lest you think that industrial and glitz don't mix, may I present the Popular Mechanics 2010 Breakthrough Awards, held at Hearst Tower.  The event featured such mechanized wonderment as sOccket ball, transforming the kinetic energy of a soccer game into usable energy, a saw that cuts at odd angles, and last but not at all least, major innovation in the realm of the artificial retina, meaning a possible cure for blindness is fast approaching. And you might want to mark your desk planner: Mayor Bloomberg declared October 5 Popular Mechanics Breakthrough Awards day!

Click HERE to see more photos by Mark Iantosca and tag yourself and your friends!

Cheers!, Salut!, and Chin Chin! for Social Justice! Hosted by City Chicks 4 Charity, the second-annual Cocktails 4 A Cause, held at Marquee on Tuesday, is doubly philanthropic in its efforts --  providing aid via both donations and  the hands-on time of its members. The group travels on a donor tour in January 2011 to visit its children's outreach program in Rishikesh, India.

Click HERE to see more photos by Sunny Norton and tag yourself and your friends!

The invite guaranteed 'sexy, stylish tracks' and boasted 'a curated crowd' - a tall order, indeed - but it seems the Strictly Social Diva party at XIX last night indeed lived up to its promised hauteur...

Clean Up the Gulf Party!

Click HERE to see more photos by Mo Pitz and tag yourself and your friends!

Presented by the Audubon Society New York, Clean Up the Gulf! was held at the Ace Hotel on Wednesday. All proceeds from the event went directly to the ground crews doing clean up. If ever there was a wholly guilt-free silent auction...