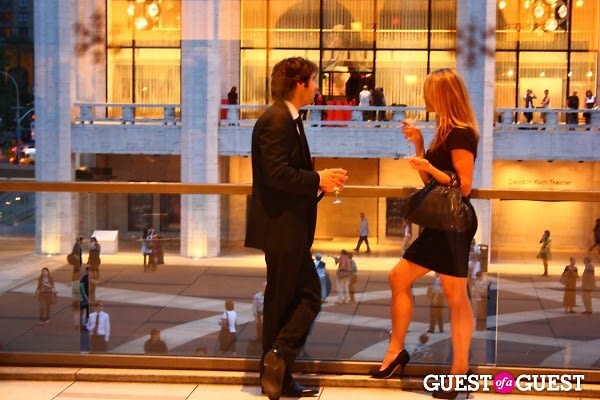 Go HERE for more photos by Gonzalo Romero and tag yourself and your friends!

The New York Philharmonic opened its 2010/2011 season yesterday evening, with the US  premiere of Wynton Marsalis's Swing Symphony, followed by a little Strauss and Hindemith to finish off the evening, under the baton of Alan Gilbert. Alec Baldwin and Josh Groban were both in the audience...-

Josh Groban (who, judging by twitter, has a much bigger following than we would have thought) was accompanied by a very pretty blonde. The musician walked the Step and Retreat before retreating to the balcony with a glass of champagne and his date.

Alec Baldwin, who famously recorded the "Please Turn Off Your Cellphones" voice-over that plays before each and every performance, and is one of the city's most visible art patrons, seems to have attended alone. Baldwin also hosts the NY Phil radio concert series. He is a many of many many interests and talents, obviously.

Prior to the evening's performance, the public was invited to listen to a free dress rehearsal. If you're a big Phil fan (and truthfully, every New Yorker should go at least once), Itzhak Perlman is playing Mendelssohn tonight.... 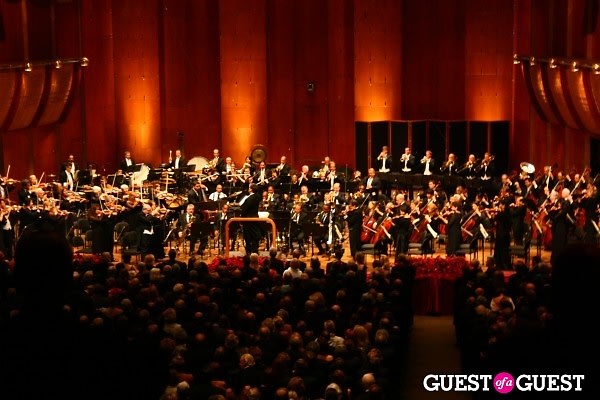 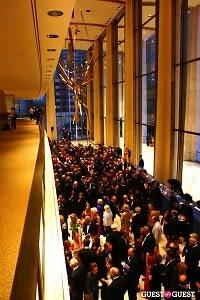 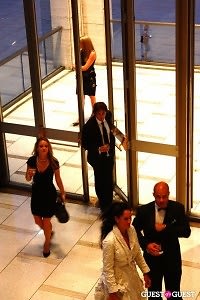