"The Whitney Studio Party. Same every year. Like Christmas." we tweeted last night, and it's true: the party rolls around once a year, and is always reliably great, if not terribly exciting.- 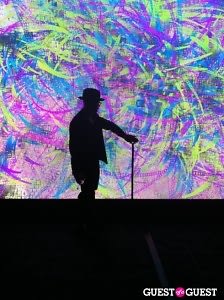 There was no Lindsay Lohan in the crowd to shock and stimulate (Claire Danes made an elegant, if boring, substitute), so instead guests turned to the decor, which included a huge visual installation that moved and swirled when people walked (or danced!) by. Upstairs, the steak dinner went on for hours, while downstairs guests lounged about with the usual NYC benefit crowd--not really different from any other night, except everyone was better dressed.

The one thing that did cause a ripple of excitement was Chuck Close, and in that small way, the Whitney Studio Party 2010 was better than its 2009 counterpart; at least the person creating the biggest stir was actually part of the art world. 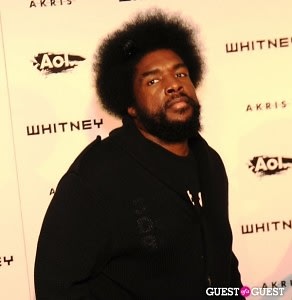 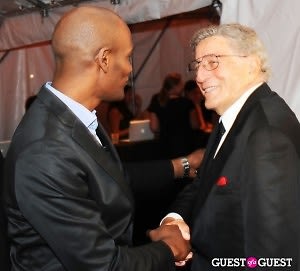