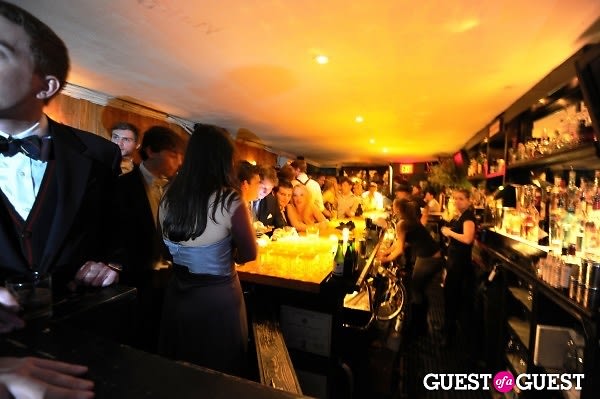 While some of you were hitting the mall's food court for some much-needed Chick-fil-A or catching up with old friends in suburbia this holiday weekend, plenty of people stayed in NY and got their party on! The Junior League had a ball, Holidays in London had a concert, and guests at the Empire Hotel PDA'd. Let's take a look at the best from our photo galleries this weekend!

During the New York Junior League's Debutante Ball After Party at 3 Steps white dresses and strands of pearls were replaced by the little black dress and designer baubles.  Pinkies were raised in the air while sipping refreshments and discussing who stepped out of line during the fox trot.

Holidays in London took to the stage of Crash Mansion to play in front of a packed house. When not rocking out or taking shots at the bar, it was all about the group photo.

Thanksgiving Eve at The Empire Hotel

Go HERE for more photos by Jillian Nelson, and tag yourself and your friends!

Party goers definitely worked up an appetite Thanksgiving Eve at Empire Hotel. There was all the traditional holiday cheer of dancing on banquettes and playing with sparklers after purchasing a bottle. There was also, from the looks of pictures, plenty of making out! Nothing says "Life's been great since graduation, grandma," like a hickey.