American Apparel: the hipster heaven you love to hate. I assure you I love to hate it too. But that didn't stop me from working there a couple summers ago. What do I have to show for it? Not much other than some metallic bodysuits and a few good stories.

To begin with, the company essentially handed me the job; I was offered a position after having my picture taken and sent who-knows-where for review, no interview necessary. As a result, it seemed like an okay gig to me.

Let me start by stressing that I never witnessed anything entirely scandalous - nothing sinister like coke binges in the staffroom or lewd propositions made by founder Dov Charney during his visits to the store. In fact, I can’t speak on the subject of Dov at all, as I was never working when he dropped by our NYC location. If you're disappointed, know that you're not alone. I was strangely looking forward to meeting the man so much shit is talked about. 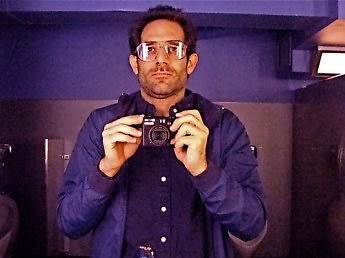 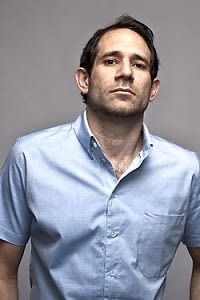 Dov Charney [via, via]

Consolation prize: I can speak about celebrities. They were always in our store. I once let Scarlett Johansson, who is ridiculously short, into a fitting room. She was quiet, borderline mute, and hid underneath a hat with a sizable brim. Kid Cudi came in sporting sunglasses and chatting loudly on his phone, but was incredibly good-natured when a coworker literally started screaming and crying upon recognizing him. Model Agyness Deyn is not as tall or glamorous as she appears in the magazines but show me someone who is. Her accent alone will charm the pants off you. 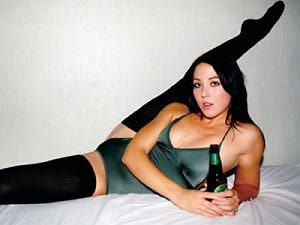 Most of my coworkers were girls, primarily students from FIT and NYU. The turnover was high, as it usually is for retail. Not everyone looked like a model; in fact, a couple girls were what I'm sure AA management would obnoxiously consider "off-brand". So, in the end, the accusation that the company hires based on looks alone isn't completely true. We'll go with 95% true. And as for the rumors that the higher-ups periodically request pictures of the entire sales staff? I never saw any evidence of that. We were, however, frequently encouraged to peruse an online database comprised of pictures depicting acceptable clothing, style, and overall appearance.

Speaking of acceptable clothing: sales associates were required to wear head-to-toe American Apparel while working (excluding shoes). As you might imagine, what was beneficial for company advertising was not so beneficial for my wallet. Quite often my entire paycheck went towards buying more crazy shit that I could then wear to work (striped leggings, anyone?). To be fair, we did get a really sick discount (50%!) and received free merchandise every few weeks. But ultimately I just ended up with a bunch of stuff I didn’t want and that I eventually gave away with the tags still on.

Working at American Apparel is not the blase affair you might expect it to be. Sure, in real life I'm painfully indifferent and nonchalant, but at work I was not allowed to be those things. Contrary to popular belief, AA employees are definitely urged to be outgoing and interact with shoppers. Unfortunately we were never told to stand around and look cool while ignoring potential customers - an instruction that would make retail a hell of a lot more tolerable for me. I worked long and hard hours at American Apparel, often until 2 or 3 A.M. on the weekends. For some reason our store liked to accommodate crazy drunk people with its hours; I have those nights to thank for my very first tension headaches.

In sum, American Apparel is not the malevolent or lecherous cesspool some think it to be. To me it was just like every other shitty part-time retail job I'd had. Would I ever work there again? No. Will I continue to buy their deep V's? Yes, and shamelessly.