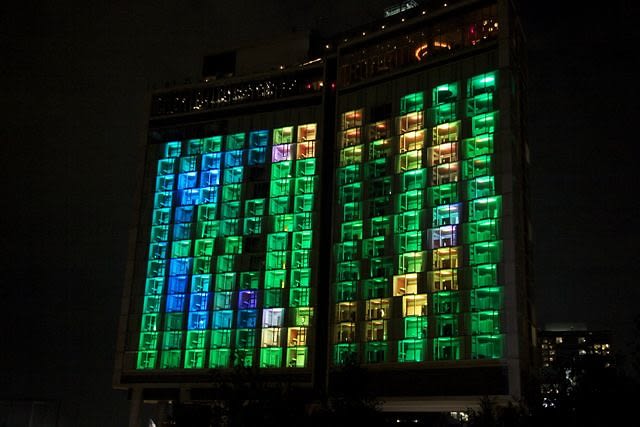 Go HERE for more photos by Donald Lee, and tag yourself and your friends!

The Standard is home to many a glitzy event, and last night was no exception. Target brought their Kaleidoscopic Fashion Spectacular (what a title!) to the hotel to showcase the fall 2010 collection. Beautiful people, flashy lights, and lots and lots of clothes made for a night to remember.-

It was a star-studded night, proving that Target fans know no bounds

. Everyone from socialites, designers, tv stars and trendsetters got their pics snapped on the red carpet. The City girls (sans Whitney Port) were there in full force, and uber-blond socialites Tinsley Mortimer and Hayley Bloomingdale. Power couple Harvey Weinstein and glowingly preggers Georgina Chapman also made an appearance. Even Dan (aka Penn Badgeley) from Gossip girl was there! In line with Target's tagline of fashion for the masses, non-VIPs could still catch the show from below at the Biergarten, and the web-savvy on the webcast on Facebook. 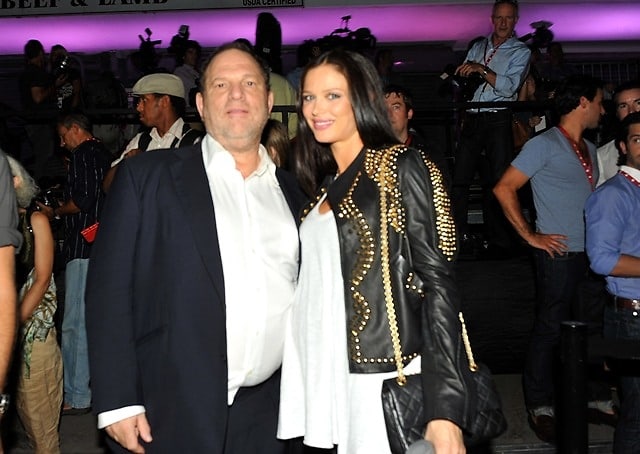 The clothes were nearly upstaged by the light show which was, in a word, spectacular. Featuring dancers and long-limbed models lit up artistically by the hotel's 155 panoramic windows, and music

by Squeak E. Clean of N.A.S.A, it was a sensory supershow. We'd expect nothing less. 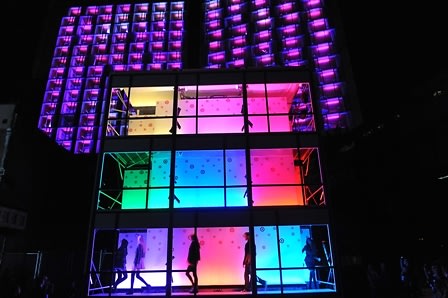 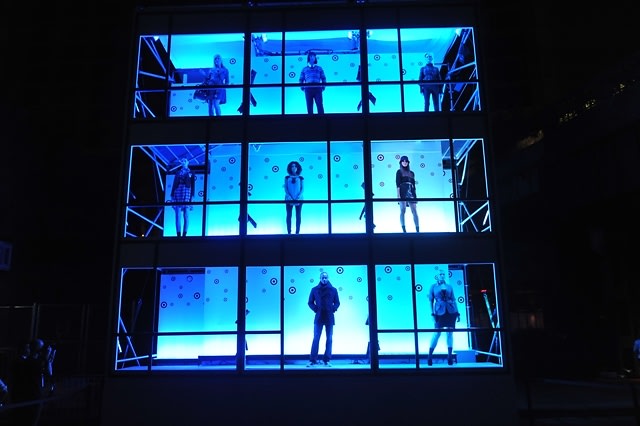 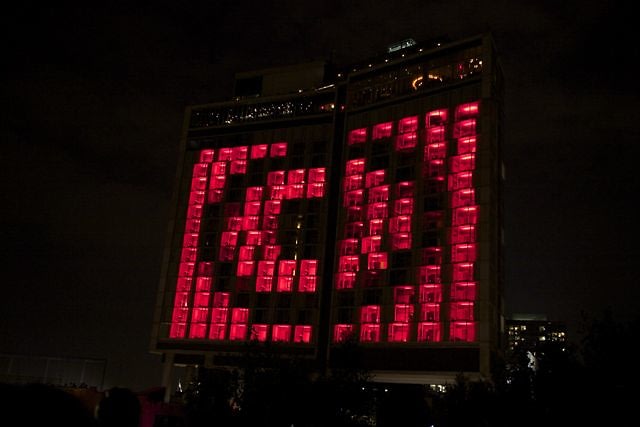