Last night, anybody who's anybody (and even some nobodies) headed past the hoi polloi milling about the Standard Beer Garden and up to the newly opened Le Bain, where the panoramic views were nearly enough to distract from the impossibly beautiful guest list. Below, a rundown of the evening, by the numbers.-

2 nearly naked models (girl wearing a shirt, and nothing; boy wearing boxers, and nothing)

0 number of Ferragamo Flats included in the giftbags (damnit!)

1 Number of awesome actresses who attended with dating blogger boyfriends 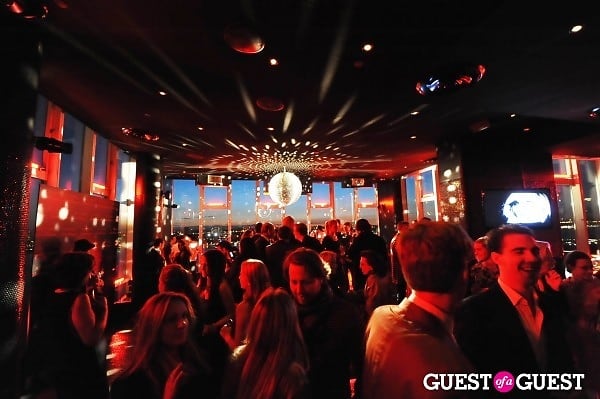