Tom Ford pretends to be a perfumist, Kanye is slated to debut his designs in Paris, bloggers are taking over the front row, benches broke at Balenciaga, Ke$ha is creating watches with Baby-G and so much more in the Fashion Files!

1. Designer Tom Ford has managed to blur the lines of taste yet again, this time posing as perfumist in Russian GQ with a stark naked model.  Which begs the question- is there any woman left in the world who hasn't dropped trou for Tom Ford? [CutBlog] 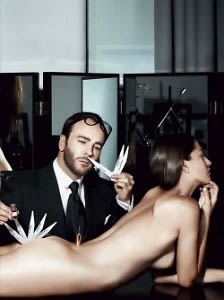 2. Kanye West will be making the move from front row to backstage as he tries his hand at fashion design at Paris Fashion Week S/S 2012.  If it features ANYTHING sported in the picture below, SIGN. US. UP. [WashPost] 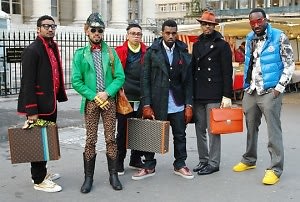 3. Independent Fashion Bloggers are taking over the front rows at Fashion Week, much to the dismay of the moda elite.  One unnamed blogger doesn't even know who Prabal Gurung is - what is this, AMATEUR HOUR?  Blasphemy.  Plus, they're making a truck load of cash, and that is bound to piss anyone off. [Styleite]

4.  Benches broke at the Balenciaga show in Paris, sending editors tumbling to the floor.  Hopefully someone caught this on video.  [NYTStyle]

5. No one's favorite party girl Ke$ha has signed up with Baby-G to create a line of watches.  I imagine there will be tens of people lining up for this one. [CocoPerez] 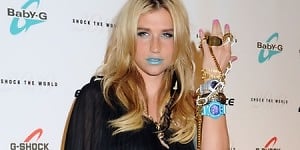 6. JCPenney is getting a lot of heat, and not the kind they wanted, with their new ad for men's line Van Heusen.  The ad features the infamous Pheobe Cates swimming pool scene from Fast Times at Ridgemont High.  I guess that's one way of getting your dad to buy sport coats. [Racked] 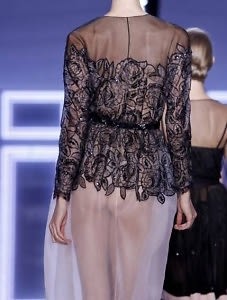 8. No Vogue cover for Kate Middleton, the Palace says. Apparently Anna Wintour isn't good enough for the Queen.  I guess the other 400 magazines she graces will just have to do. [HuffPo] 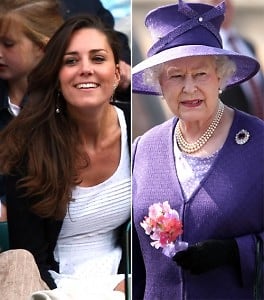