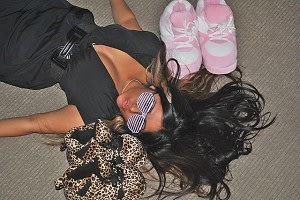 1. New York-based licensing company, SRG Ventures, hit MTV's Nicole “Snooki” Polizzi and her management team with a nasty $7 million countersuit after the "Jersey Shore" star failed to act on a series of merchandising deals set up by the company. Snooki initially filed a lawsuit against the company, claiming that they failed to secure financing and establish branding partnerships. SRG fired back saying that Snooki had negotiated deals to develop school supplies, watches, shoes and lingerie behind the company's back. [Photos via HERE]
1 of 12