Anna Wintour heads to Brooklyn as Christie Brinkley heads to Broadway. Barney's gets a blog, SXSW gets a fashion show, a Victoria's Secret model loses an arm, and every brand is talking about Tumblr. Fashion is in a frenzy.

1. You may have been hearing about how cool Brooklyn is, but now it's official. Anna Wintour was in the borough this weekend for the surprise birthday of her stepson, Sam Shaffer, at Frank's Lounge. [PageSix]

2. Boy and Band of Outsiders uses Polaroids each season normally photographing actors and actresses. They've used Michelle Williams and Jason Schwartzman in the past and and are employing Kirsten Dunst for Boy and James Marsden for Band of Outsiders this season. Why? 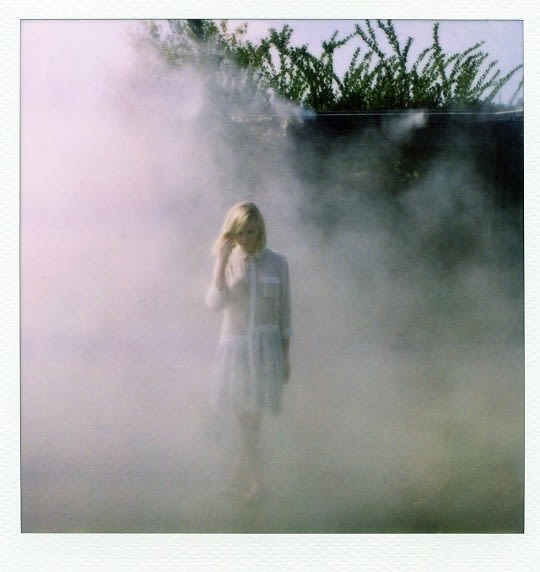 Why do you tend to use actors over models for your look books? Because they’ve got more personality? Not at all. Personality deficiency is rarely an issue with models in my experience. I just want to bring a different feeling to these than what you might see at a show or in typical fashion campaigns, something more natural and loose with a dose of humor. Actors are a good way to achieve those things. [Fashionista] 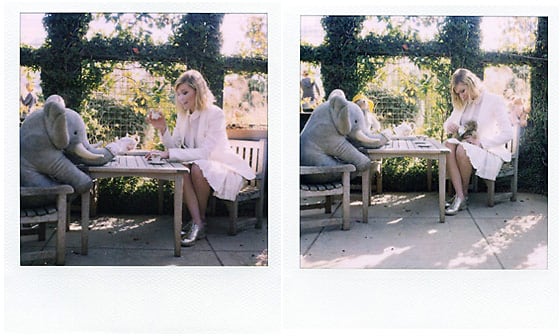 3. Can you guess whose daughter this is? It's Lila Rose, Kate Moss's little girl. Adorable. [CelebrityBabyScoop] 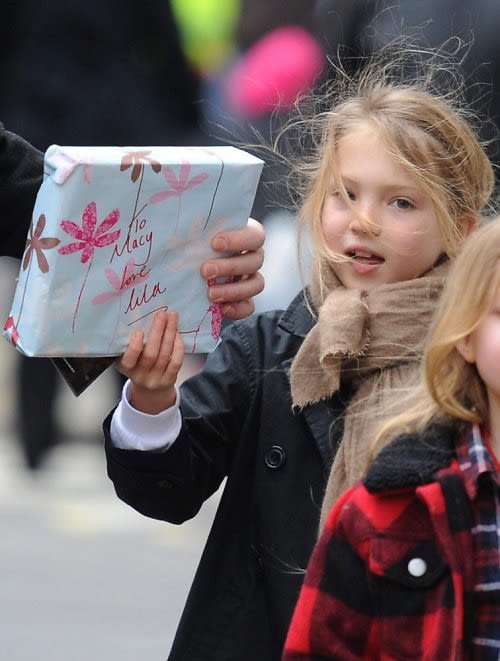 4. Lady Gaga's shots for the next Supreme campaign are out. She was shot by Terry Richardson and styled by fashion director Nicola Formichetti.[Racked] 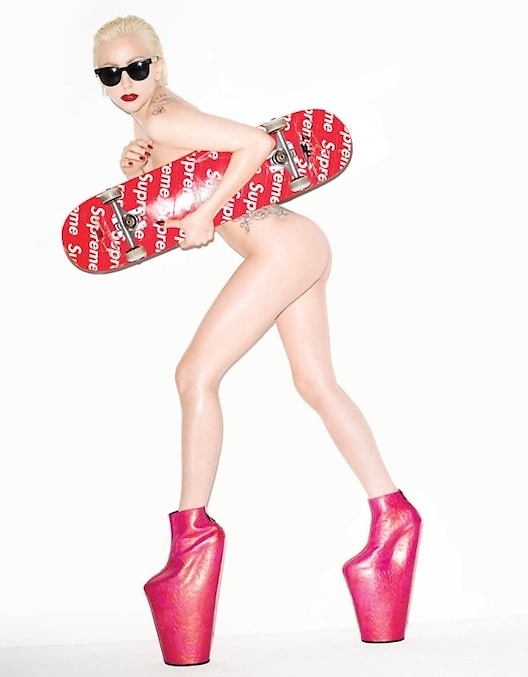 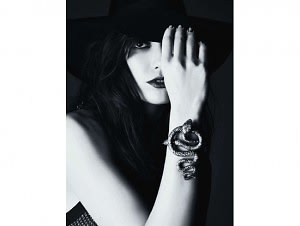 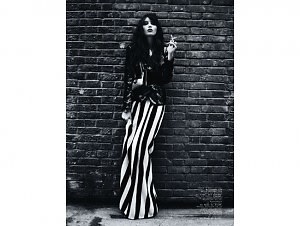 8. Naomi Campbell's ex-agent Carole White, who runs the Premier agency in London had this to say about what she's looking for now: Boobs, really big boobs.

"I now look for girls with breasts, and that is something we wouldn’t have countenanced ten years ago. Our biggest demand in the past two years has been for a D cup, but obviously you have to have a really fit body.

'Now, we talk to our models about nutrition, make sure they have a personal trainer. Even our language has changed. A decade ago, we would have just said: “Don’t eat!” ’ [Daily Mail]

9. Barney's has a blog! "The Window"  will "include news items, profiles, exclusive Q&As, contributions from some of the fashion industry's most celebrated figures, and an original platform for new fashion director, Amanda Brooks, to speak directly with customers and readers." [TheWindow] 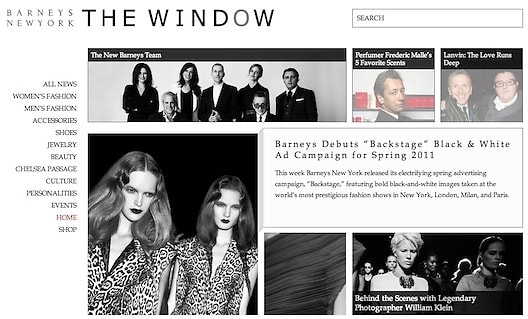 10. Brilliant or Nooooooo? There's a rumor that Sex and The City mastermind Michael Patrick King is toying with the idea of filming an "SATC" prequel and hiring Blake Lively to slip into Carrie Bradshaw's Manolos. [PopWrap] [Image Via]

11. Crystal Renn discusses her weight loss and the public pressure for her to stay plus sized.

12. Is Tumblr the new fashion frontier in social marketing and influence? Discuss. [Fashionologie] Or, you know, just check out Mashable for the answer. [Mashable]

13. Can you spot the photo shop error in this Victoria's Secret image? Hint: She has no arm. [HuffPo] 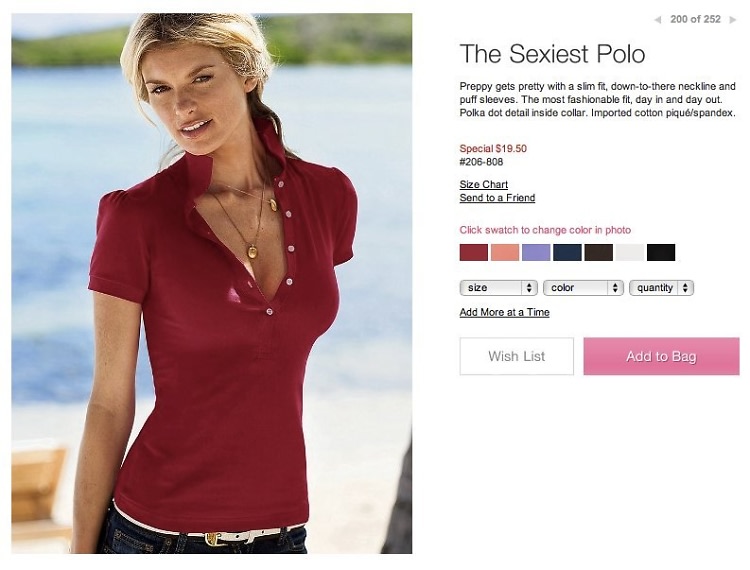 14. Six months after signing a licensing deal with The Jones Group Inc., Brian Atwood is ready to launch his diffusion footwear collection, B Brian Atwood. The line is priced significantly lower [WWD] 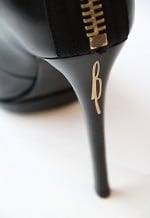 15. Exhibition A (the latest endeavor from Half Gallery’s Bill Powers, designer Cynthia Rowley, and Laura Martin) are selling Terrence Koh's Big White Cock this week. You know you want it. [VMag] 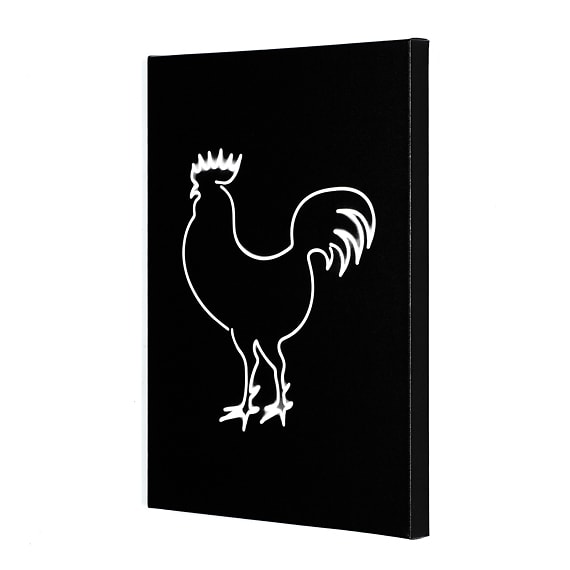 16. Wondering what to wear during Fashion Week? Here's some ideas. [Refinery29] 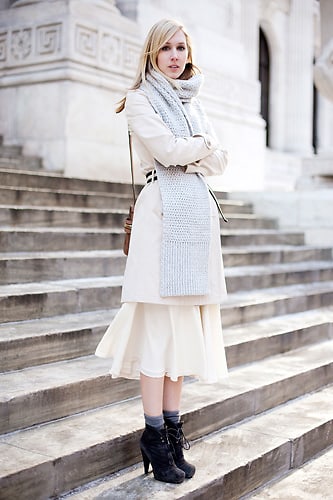 17. Totally loving Some Notes on a napkin. Not only does it give great advice, but it's realistic, frank and honest. Take a look at that caption: "If your bones don't stick out like this models (mine certainly don't) put on a light weight shirt." Well said. [SomeNotesOnaNapkin] 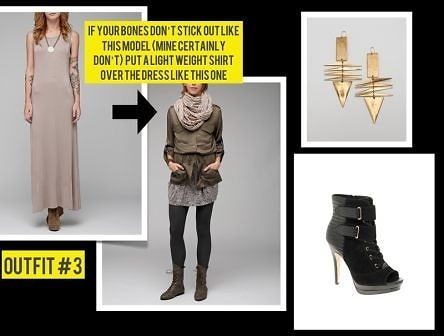 18. Barney's vs Prada. Barneys chief executive Mark Lee explains that the store is no longer selling Prada, because the brand refuses to lease floor space and give Barneys a percentage of sales. Lee, who says he wants to move Barneys toward "exclusives," said the decision had been made before he got there last August but he supports it. [WSJ]

19. The best bananas don't come from Chiquita; they come from Prada. [The Cut] 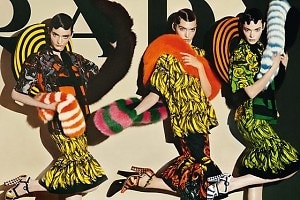 20. Supermodel Christie Brinkley will be making her Broadway debut in Chicago this spring. The 57-year-old will play Roxie Hart. [Star] 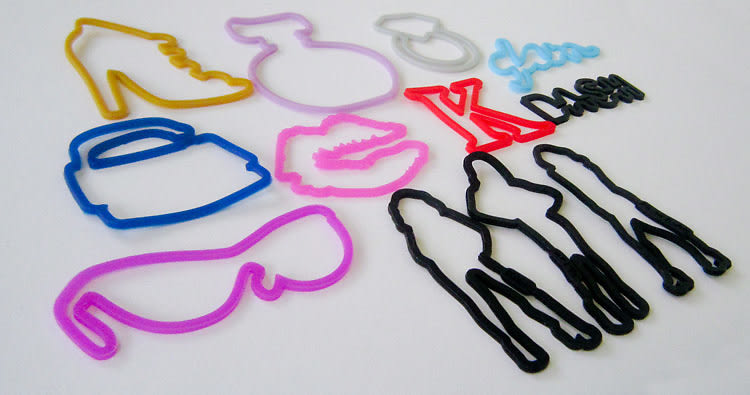 23. Gemma Ward is on her first magazine cover in years. Thoughts? [Fashionista] Vanessa Paradis wears an eye patch made out of a black rose on the cover of i-D’s latest issue. [Design Scene] 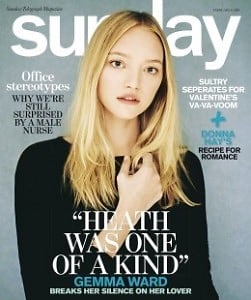 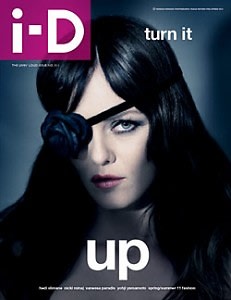 24. Boys will be girls. Gender bending is the newest fashion trend. [Vogue] 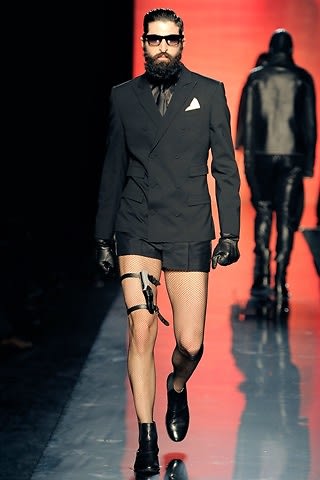 25. Big music festivals are always in some ways, about fashion. This March, South by Southwest will introduce Style X (pronounced "By"), an event aimed at showcasing emerging designers from around the country. [HuffPo] 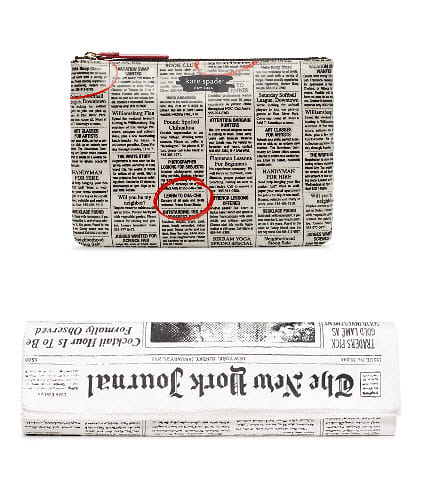 Do you have something for Tuesday's Fashion Files? Email me: Mara@guestofaguest.com!