Behati Prinsloo, Coco Rocha and Alessandra Ambrosio were tweeting up a storm at yesterday's Fashion's Night Out: The Show, given us a glimpse into the frenzied backstage of the biggest runway show in NYC history...-

The morning of the show....

The plaza at Lincoln center is being set up, with chairs meticulously placed in coencentric circles (which unfortunately didn't always lead to optimal visibility) while models eat lunch in the park before getting ready, and attendees start tweeting their excitement. 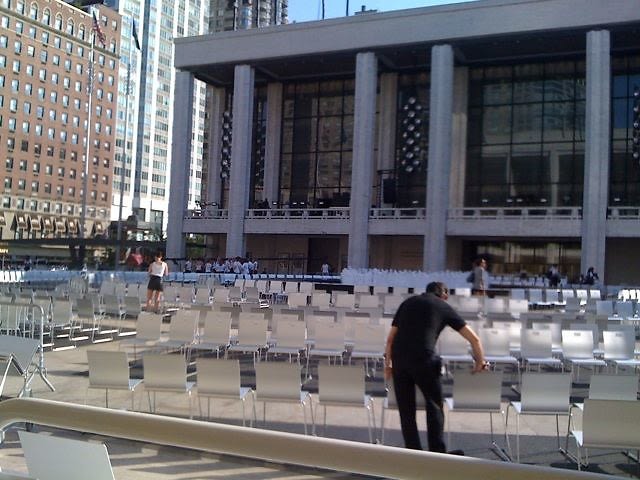 @FNOnyc Getting ready for the show on the plaza at Lincoln Center! 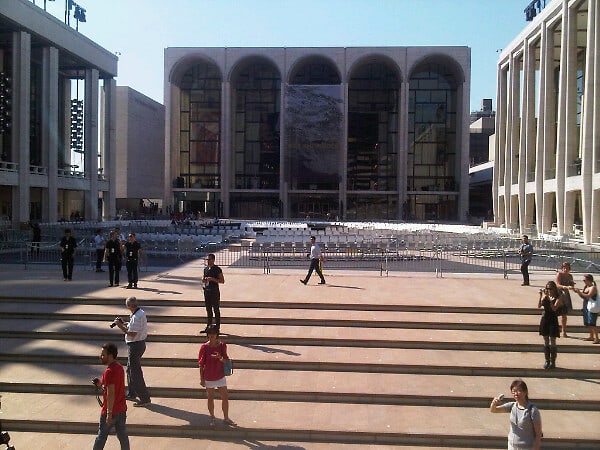 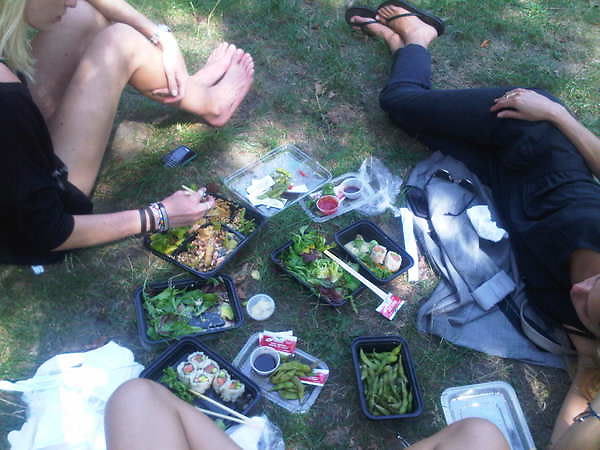 @beeprinsloo Me, shannon and caroline enjoying lunch at the park before the madness start for the vogue show tonight.

A Few Hours Before The Show....

The models start to arrive at Lincoln Center for rehearsal. A lot of waiting, a lot of sitting around, a lot of being yelled at on a Megaphone. Glamorous... 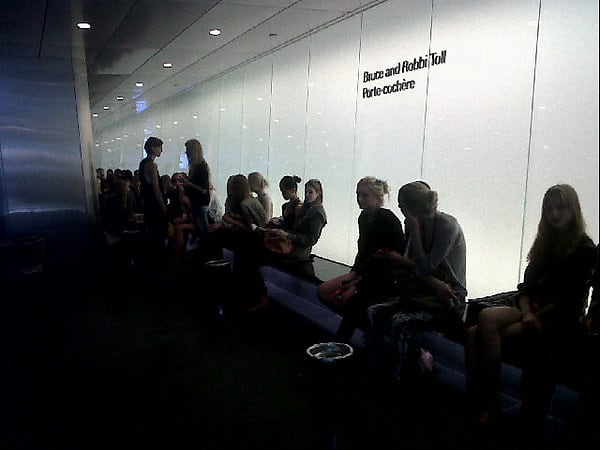 @CameronCRussell First show at lincoln center looks like 150 models waiting at the airport. 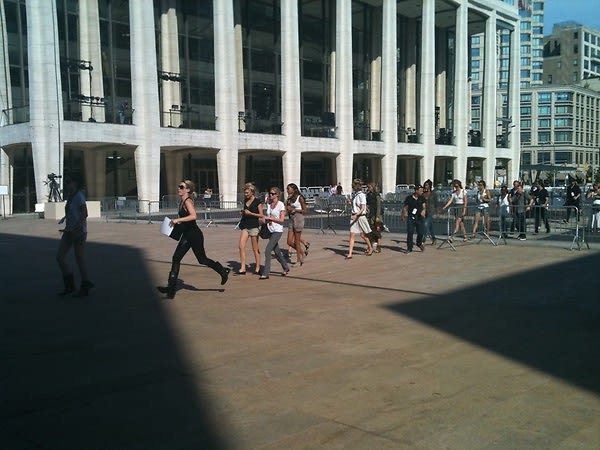 @modelina Sneak Peek at the models rushing into Lincoln CEnter to prep for tonight's runway. 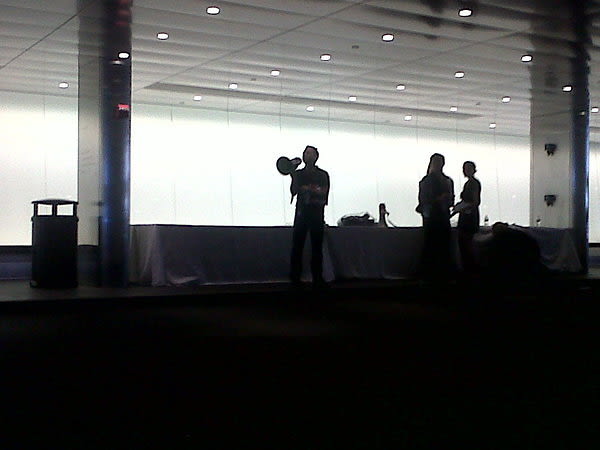 Three hours before the show....

150 models start getting hair and makeup done before the 6:30 pm start time. It looks like chaos, but the backstage prep is actually executed with military-like precision, and the show started perfectly on time. 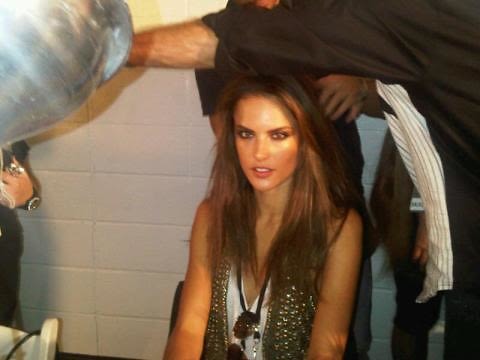 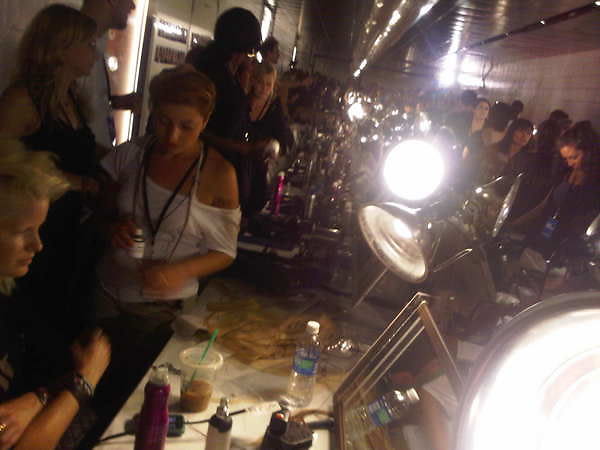 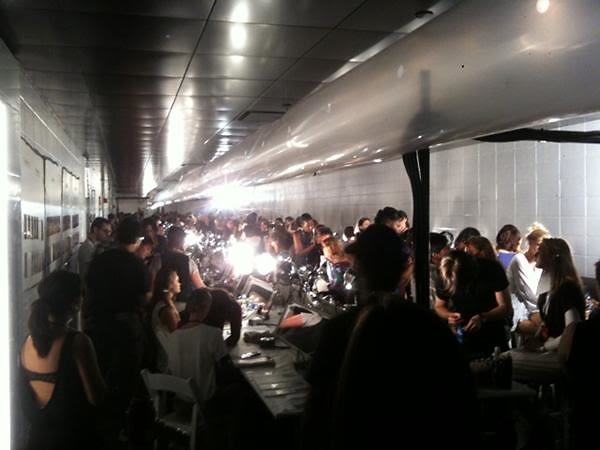 @Oh_So_Coco This is what 150 models gettingtheir makeup done in an endless hallway looks like. At #FNO the show!

Half an hour before the show

Models sit around backstage, some happier than others with their makeup. Out front, the celebrity attendees and guests start to arrive.

@bee_prinsloo Me and Cameron at the vogue show, I got the better end of the make up hahahha! 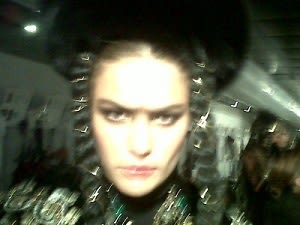 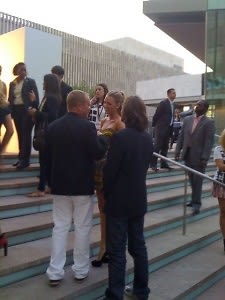 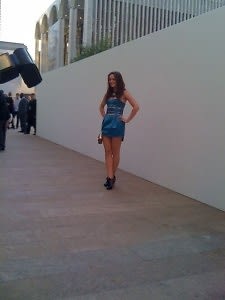 @FNOnyc Spotted! Leighton Meester on the red carpet at #fno The Show in a gorgeous blue mini.

@tomandlorenzo Amazing view as models walk the runway during Fashion's Night Out. 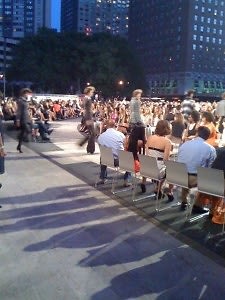 @FNOnyc models are taking over the plaza!

Members of the press rush home to make deadlines, while everyone else heads to the afterparty, and then Coco Rocha's unofficial AFTER after party, a heavily-attended benefit for Lakay Pam, DJ'd by Harley Viera Newton at Opera Gallery. 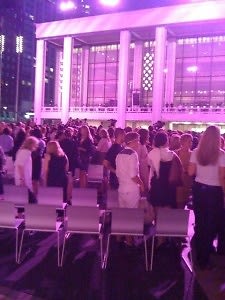 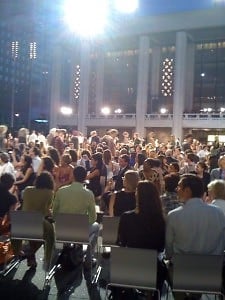 @FNOnyc the after glow of the show. Truly amazing. 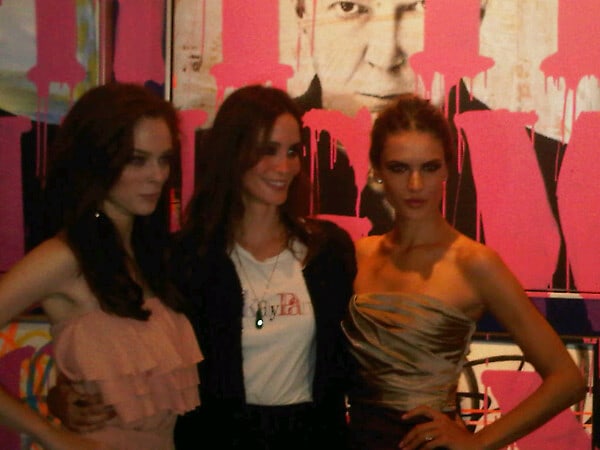 @AngelAlessandra At the event hearts for haiti by lakaypam!!! Raising money for over 600 kids in haiti!! 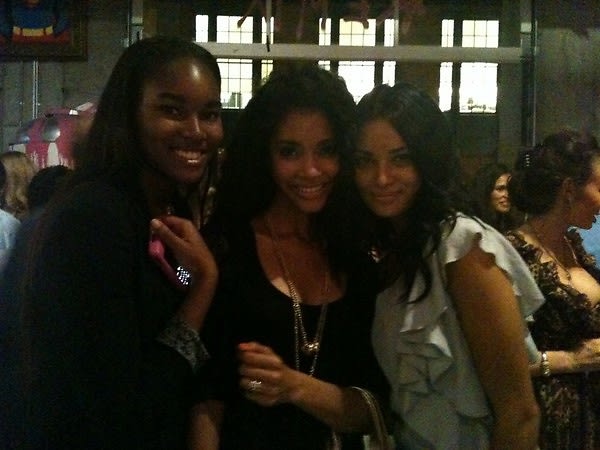 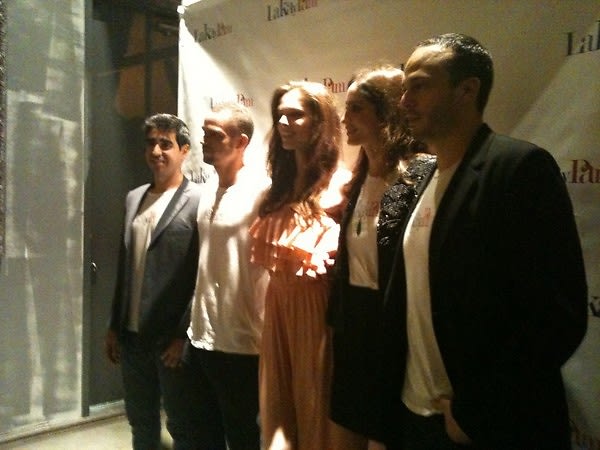 @modeliniaCoco Rocha, in a gorg light pink jumpsuit, at the Lakay Pam event for Haiti.