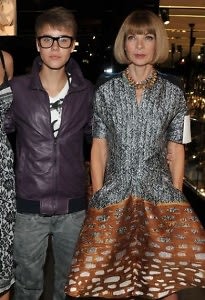 Federer who? Anna Wintour has new man candy this fall. What do you do when you're under 20 and have already taken over the teen music world, perfume market and fulfilled your philanthropic duties? Take on NYFW of course! You have to admit, finding Wintour's arm to hang off of is a solid move for the lil dude. That, or he has a really good marketing team. See more photos from FNO at Dolce&Gabbana below...

Justin Bieber and Scooter Braun hosted the event along with an event committee of duos including: Ingrid Vandebosch and Jeff Gordon, Thierry Henry and Tyson Beckford, Kelly Rutherford and Matthew Settle, Erica and L.A. Reid, and Lauren Santo Domingo and Tatiana Santo Domingo. 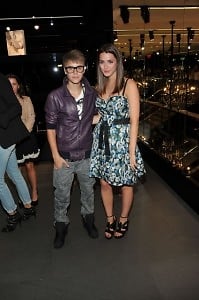 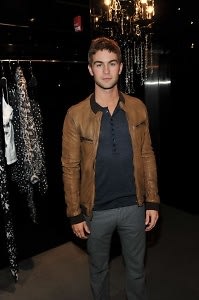 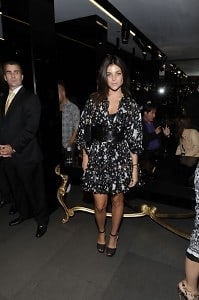 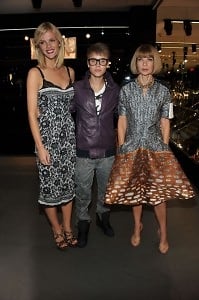 Guests had their portraits shot by celebrity photographer Roxanne Lowit which were then printed on personalized Dolce & Gabbana T-shirts. Make-up artists were on hand to touch up guests at a women’s lipstick bar and a grooming bar for men. Justin Bieber was on hand to sign purchases. A percentage of the proceeds from the evening’s sales benefited Pencils of Promise.

DJ Ruckus and Hannah Bronfman provided the music for the event. There was also a special performance by Asher Roth. 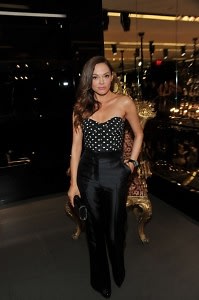 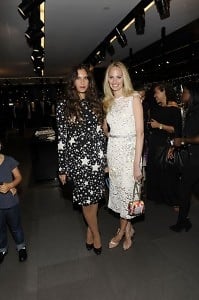 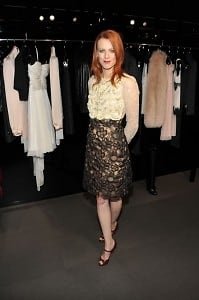 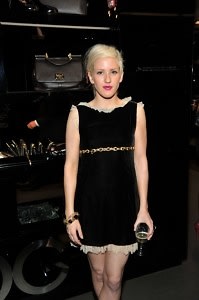