Fashion's Night Out, the biggest international fashion event in history, in only two years, has turned the streets of NYC into a bigger mess than Halloween, Gay Pride Parade, and St. Patrick's day combined.  With a party literally happening in every store, it was admittedly hard for us to map out a schedule. Click below to follow along on my Friday night of mayhem... 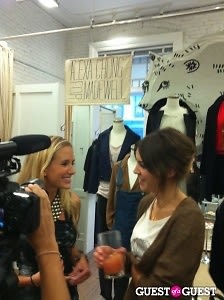 [Speaking to Alexa Chung at Madewell]

We started the night off on Broome St. Madewell store, mostly because it was right down the street from our offices, but also because we hoped to catch Alexa Chung before she became too popular. We spotted Mickey Drexler with his daughter the moment we walked in. He was extremely welcoming as was the entire Madewell team. After chatting it up with Alexa (see video below), we made our way out into the streets of Soho, unprepared for the tornado that was Mercer Street.

[My iPhone Gallery of Alexa Chung and Mercer St] 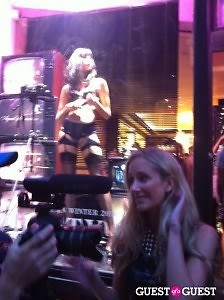 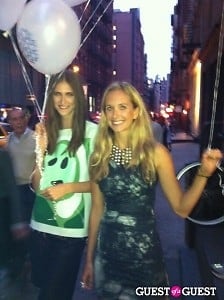 As you can see from my facial expression in photo #1 on the left, I was more than a little bit anxious. The insanity of the crowds, coupled with the fact that I was doing a stand up in front of a half naked woman, made me nervous. Mercer street was insane! Plus, our car was missing and my iPhone service was sending texts through a good 15 min behind.  We did happen to run into Real Housewife of NYC, Alex McCord, who had her own event in Meatpacking to get to without a ride or cab in sight...and she still looked great. Put things in perspective: 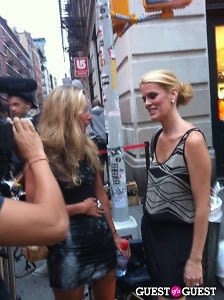 Random run in with Alex McCord on Mercer...

With our car in tow, we picked up my partner in crime, Ashley Simko, and headed to the Bleeker Street block party where Pierce Jackson and Andrew Bevan were setting the vibe on the DJ booth and Cynthia Rowley was celebrating down the street. 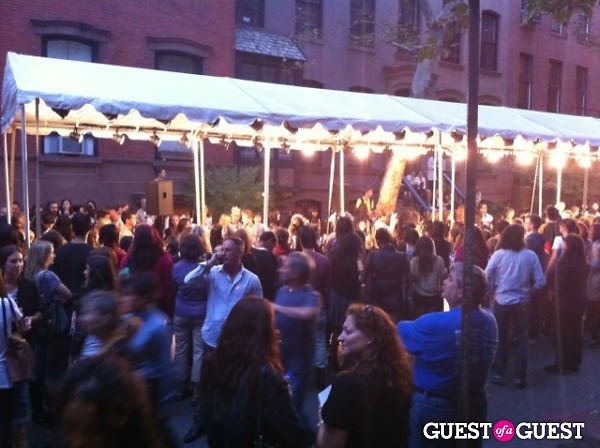 And with that it was off to Meatpacking district, where we were excited to stop into:

[My iPhone Gallery of DVF]

Driving through harrowing traffic on 14th street, we gaped at an impeccably dressed line of people waiting to get into the DVF party. Inside, it was loud poppy music, drinks being served by girls in DVF shirts, and a photo booth to make the night matter. 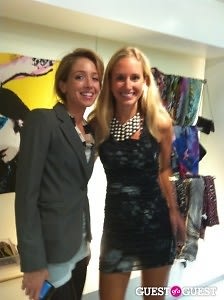 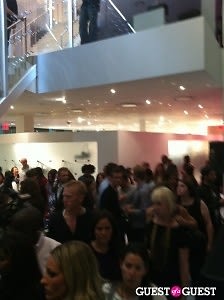 [With my partner in crime, Ashley Simko, view of DVF party from the inside]

While we were hoping to catch Dianne von Furstenberg herself, we had a tight schedule to keep to, and it was time for us to head uptown.  We did get to speak with not one, but both Koch brothers, who were helping host the event: 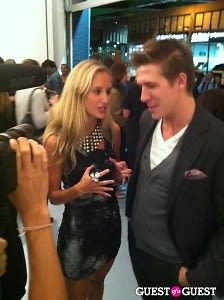 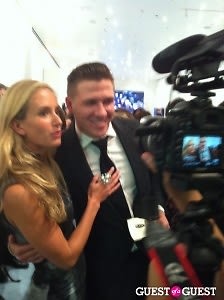 There was no cabs in sight. Thank god for our last minute driver who whisked us uptown....

[My iPhone Gallery of Valentino's]

Walking into the 65th and Madison Avenue store, we were greeted with champagne and a DJ (Chelsea Leyland). Two steps later we walk in on NY Nightlife veteran David Rabin serving up a table of cards at a poker table to an eclectic mix of players including: Derek Blasberg, Carlos Souza, Judah Friedlander, Molly Sims, Kate Walsch, Sam Talbot, Richard Johnson, Devon Aoki and more. Talk about a full house! 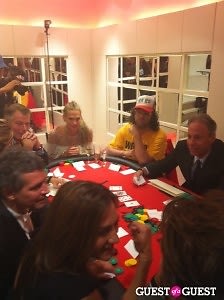 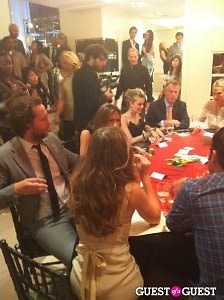 It was equal parts exciting as it was curious...all of us just standing around this eclectic table watching them try to look like they knew what they were doing in poker ha. We ran into friends like Kristian Laliberte, Leah Bourne, Carter Cramer etc. Also, I met Justin Ross Lee, aka JRL. He told me my photos didn't do me justice, which I'm not sure is a compliment or a dis, but neither here nor there. All in all It was a pretty eventful party!

When Courtney Love walked in, we took it as our cue to leave. Learning our lesson from last year, we decided to skip the maddness of Fifth Avenue and head to

The FNO Opening Ceremony party at the ACE Hotel:

[My iPhone Gallery of ACE]

By far the hippest event yet, the line to get in went around the building (though the people waiting seemed to be in good spirits - there was a full on boom box crew entertaining them). The inside of the ACE Hotel was basically converted into a giant ultra hip flea market with booths by Alexander Wang, Band of Outsiders, Keds, Proenza Schouler, and Rodarte just to name a few. We bumped into Todd Selby right away, enjoying an ice cream cone. 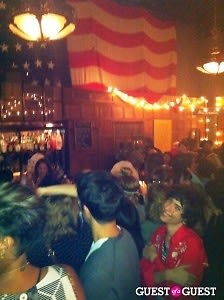 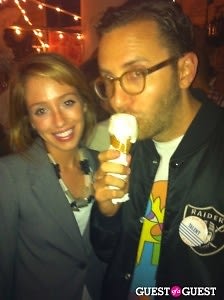 [Line to the bar at ACE Hotel, Ashley Simko with Todd Selby] 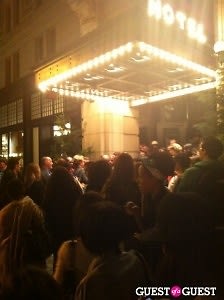 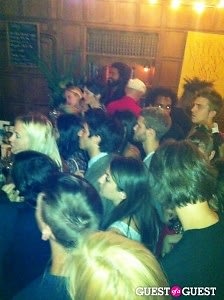 At this point, it is 10:15 and we are STARVING. We head to Bowery Hotel and meet @CarsonGriffith for the best part of the night: a dinner break outside at Gemma with friends.

From here we hit the Oak party on the second floor. That is where I had to call it a night, Carson whooped it up at POP party at Don Hills. I had a great FNO and hope that you did too!

Special thanks to driver George, Muni, Alvin, Simko, and Carson for making the night memorable!