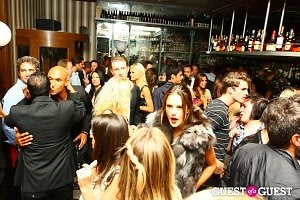 Are you still with us this morning? Not horribly hungover? Great, uhm, neither are we. But what a night, right?

New Yorkers seem to have recovered from the weekend (thanks to a relatively quiet Monday night), and were back at it last night, party hopping between movie premieres, book launches, and about a billion magazine parties (as per usual, during Fashion Week...)

Another Magazine After Party

Other Details: Ok, did you notice a weird amount of people getting arrested outside of Don Hill's last night? We can explain at least one of them. A group of people including GofG EIC Rachelle Hruska, Carson Griffith of The Daily News, and Ashley Simko were followed by some guy from dinner in the Meatpacking. The guy was harassing them, which they tried their best to ignore, until he, well, spit in Carson's face. At which point the cops came, and Rachelle, Carson, & Co. made their way to Don Hill's. Outside Don Hill's, who should turn up but the spitting guy, who approaches them again, but is stopped by the cops (who had followed him as he followed the other group), and arrested him. (Are you with me?)

But of course to everyone in line outside Don Hill's (which was, at this point, most of New York) only saw a guy approach some girls and immediately get arrested, without knowing the spitting/stalking back story, and people started shouting "Hate Crime!", which, of course, it really wasn't. So no need to call the Anti-defamation League or anything, it's just the Meatpacking District, these things happen. 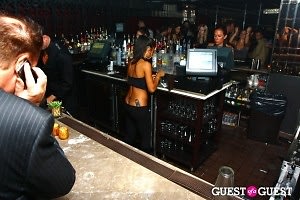 Other Details: Well, the food was really good, and the drinks were really good...

Who Was There: Cooper Ray, Robert Fowler, Kristian Laliberte, the preppy social crowd

Other Details: They served cucumber infused vodka. (Of course they did.) Also, nice jorts, PJC. 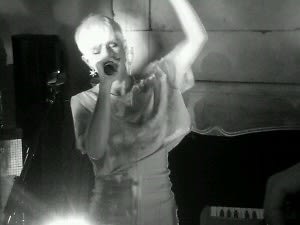 Where: Private Residence, right across the street from La Esquina, in a non-assuming building that you'd never expect has, among other things, an indoor pool. It's owned by a film producer who is currently filming in Europe, which is why they were able to rent it.

Other Details: Models were swimming in the indoor pool in couture gowns, and Courtney Love arrived on the arm of Marco Brambilla (who directed Kanye's "Power" video.)

Party For "You Will Meet A Tall Dark Stranger"

Details: The Lambs Club, which just opened, has already hosted some of the world's biggest celebrities. (Can you get anymore high-lowbrow than Kelly Bensimon and Salman Rushdie? No. You cannot.) Last week they did the Valentino FNO party (with David Rabin, the restaurant's owner himself, dealing the poker game), and last night's party was probably the most exclusive of the night.

Who Was There: Terry Richardson, Ryan McGinley, Mike Nouveau

Other Details:Inside the party, Kalup Lindsay performed, the ex-gentleman's club is expected to get the royal treatment from team Smile (the do-no-wrong duo of Carlos Quirarte and Matt Kliegman, the guys who are also responsible for the crowd at the Jane Ballroom).

Premiere Of "It's Kind Of A Funny Story"

Where: Sunshine Theater, after party at Thompson LES

Other Details: Emma Roberts didn't stick around for the afterparty, so it's a relief that at least one underage celebrity doesn't flagrantly break the drinking laws. Zach Galifianakis was there with his gorgeous, gorgeous girlfriend (sorry, ladies who are obsessed with him.)