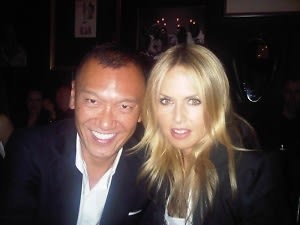 They really did save the best for last this Fashion Week! Take a look at last night's best parties.

Details: The party was held in The Lion's "secret" VIP room, where long tables were set up underneath the castiron chandeliers, and magazine editors mingled with movie stars.

Other Details: Kanye was an early arrival, followed by L'Wren's boyfriend Mick Jagger and daughter Jade.

Who Was There: Harley Viera Newton DJ'd, The MisShapes

Other Details: There was a taco truck! Also, there was sort of mass confusion between this party and the L.A.M.B. party, as the two venues were so close and both invitations featured grafitti'd walls. 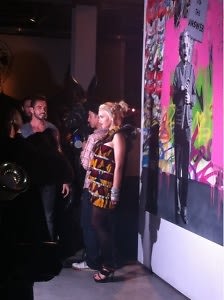 Other Details: This party was insane, especially the art on the walls. All kinds of worlds colliding that night: Art mixed with Fashion, Kanye talking to Marc Jacobs, Alessandra Ambrosio chilling with Mr.Brainwash...only in New York, people, and only during Fashion Week.

Other Details: The rain didn't stop this party from happening! The walls were decorated wtih Warhol memorabilia, and the tables were set with colorful glasses with umbrellas matching the labels of the Dom Perignon/Andy Warhol bottles.

After Party For "Buried"