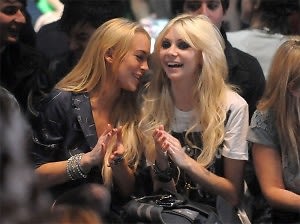 [Photo via @jasonbinn] Yesterday, Lindsay Lohan and Taylor Momsen were spotted snuggling up in the front row seats at the G Star show. Lately, Momsen (who is 16 mind you), has been putting on quite the bad girl show. There were those photos of her showing off her panties that surfaced this morning, and there's that rock band of hers shes been touring the LES with all year.

But this time, she's really flirting with fire...and we can't see this little friendship ending safely. On the other hand, they do kindof make a cute couple don't they? What are the laws in NY state on statutory rape for lesbians these days anyway? We kid, we kid. Now THERE's a question to ponder this afternoon.... 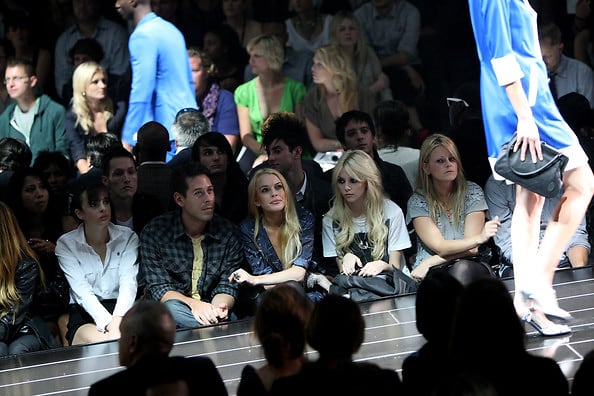 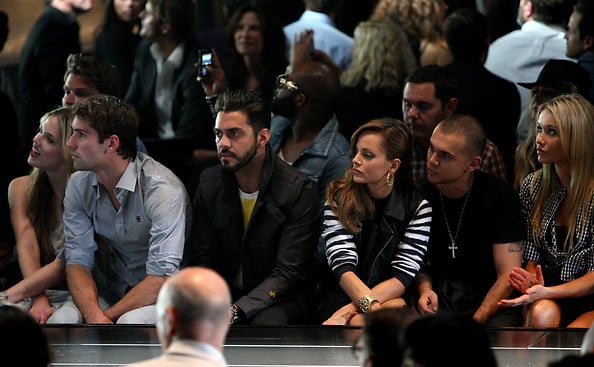 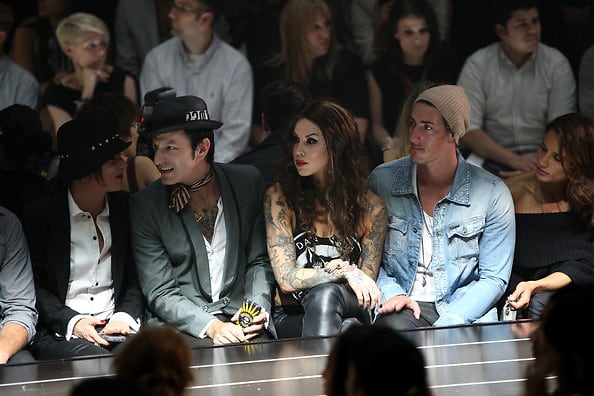