This little gem is Alia Wang, the 3 year old niece of Alexander Wang, who steps out for her uncle's runway shows twice a year. She has been causing a stir in the fashion world since she first walked the runway at his fall 2011 show. Her wardrobe is a series of seriously chic black-on-black outfits, with one-of-a-kind Alexander Wang pieces. This season, she showed up in a custom-made Alexander Wang LBD, a mini Chanel crossbag, and a pair of Nike kicks. 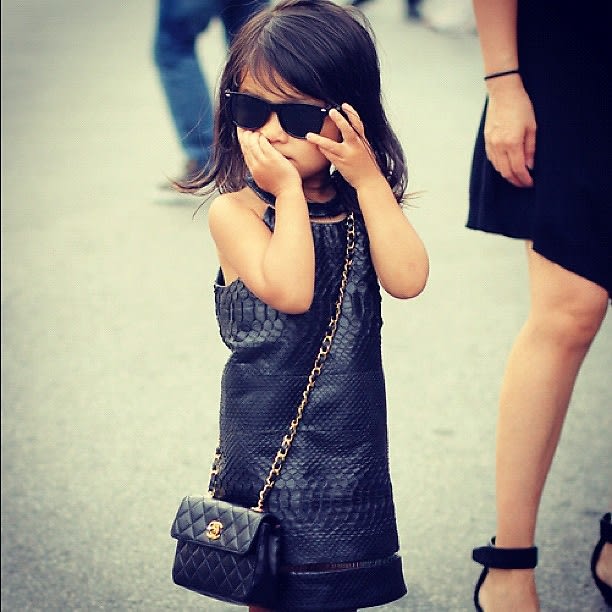 [Alia outside of Alexander Wang's show this season] 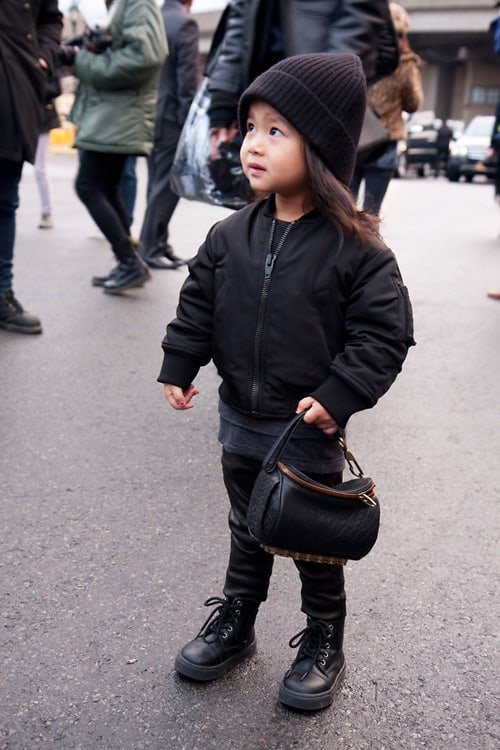 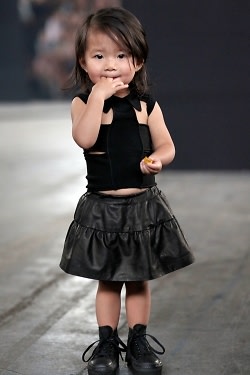 [Alia in some of her chic black ensembles] 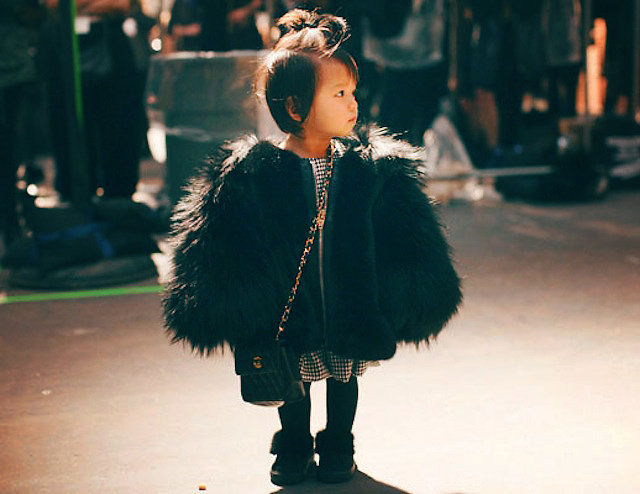