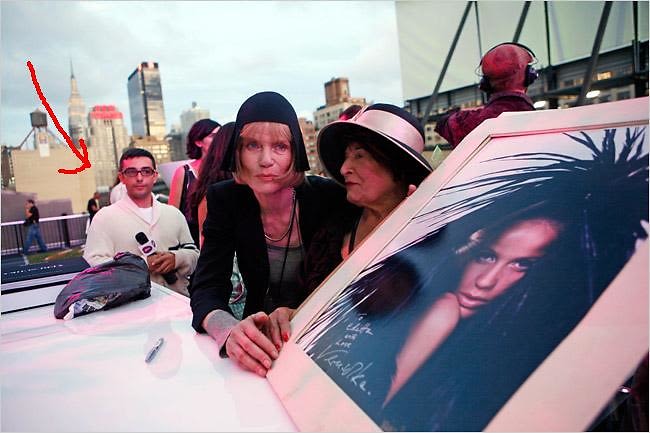 And just when I thought this was going to be another unmemorable Thursday afternoon:

"Ladies and gentleman, little Nicky has ARRIVED. Our intrepid reporter Nick Leighton was featured in the New York Times Style Section! Photographed with his trusty Plum mic in hand as he worked the Assouline book party for supermodel Veruschka, he was captured rooftop against the New York City skyline sporting a new crew cut and schoolboy cardigan. His stoic expression reveals that he was either contemplating which hard hitting questions he was going to ask Veruschka, or whether it was to be a gin or vodka night." [Plum TV]

Nick, this is like the ULTIMATE gift bag that keeps on giving!  Also, you're kindof channeling Where's Waldo in this photo.