Natalie Decleve, our official Fall Fashion Week 2011 corespondent documented the shows this week. Check out her gallery from the week here: [Natalie's FW Gallery] and read below for her take on the best shows! We've got photos from the runway, plus video!

Often known for his own breed of “casual-cool,”  Yigal took a more structured approach with his Fall 2011 collection. Tailored and distinctly menswear-inspired pieces formed the sartorial collection, complete with suited separates and leather looking bowties. Bright pop colors of emerald, marigold and salmon felt modern and fresh, especially given the season for this collection – where colors are typically more muted.

See video from Yigal's show below: 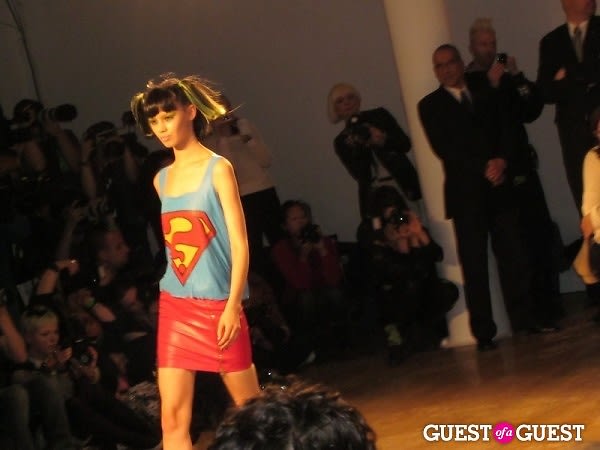 Seeing the crowd at a JEREMY SCOTT show reminds one of a midnight showing of the Rocky Horror Picture show – were a “come as you are, anything goes” kind of spirit encourages fans to showcase their fantastical fashions in support of SCOTT’s own daredevil designs. One can always expect to be shocked with a fun and funky collection full of pop culture inspiration, and this season was no different. A mix of 90’s references included “slime”-y knit sweaters, furry pink angora and “Milk Kills” logo-ed T’s styled with rave inspired neon pigtails and bombastic colored eyelashes. 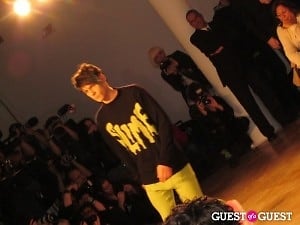 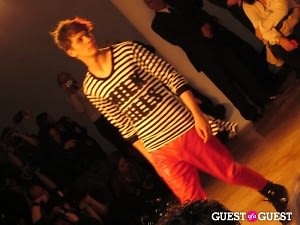 The “candy kids” finished off the runway with a line up of superhero worthy styles – including the finale look, SCOTT’s sartorial take on Superman: a floor length sequined blue gown, emblazoned with the iconic “S” and complete with a trailing red chiffon cape.

Michelle Smith knows her customer, and the MILLY girl will undoubtedly be thrilled with her fall 2011 collection. Herringbone and navy wool pleated skirts, mohair maxi coats and cropped sleeve mini coats and capes were distinctly wearable. Especially when mixed with everyone’s favorite 70’s flashback – the felt floppy hat, and cross-body or long handle bags. Key colors included a rich brown, which tied together a bevy of jewel tones producing the youthful yet sophisticated look that Smith does so well.

See video from Milly's show below: 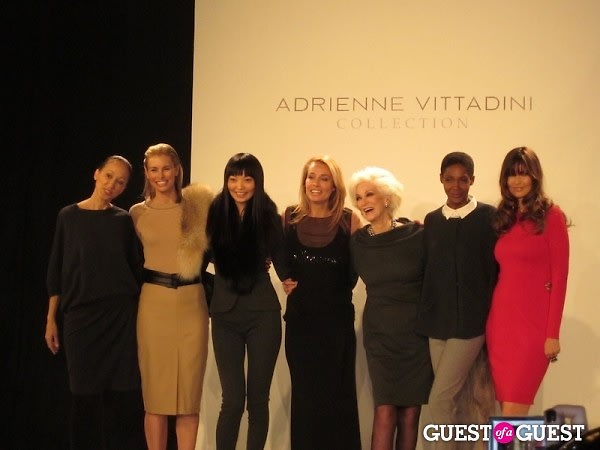 Guests of the ADRIENNE VITTADINI show were in for a real treat when the designer presented her “Modern Muses” collection for FW 2011. To our delight, rather than casting half starved child models, Adrienne chose to showcase her latest wearable designs on the bodies who’d likely be wearing them: sophisticated and mature women.

But not just any women, the soft knit separates in mostly shades of grey were worn by iconic supermodels Niki Taylor, Carol Alt and Carmen Dell’ Orifice among others. In an intimate setting at the Box in Lincoln Center, the ladies danced happily down the runway wearing chic essentials from the designer, and finally posing all together at the end of the runway for one undeniably memorable finale. 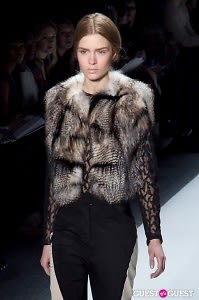 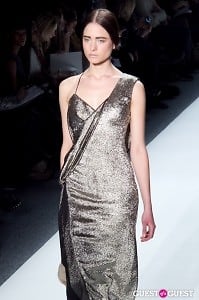 Relative newbie to the NY fashion scene, CHRISTIAN COTA showed us this season that his abilities stretch beyond perfect prints and well-cut dresses. In a palette that began and ended with neutrals, a streak of red enriched the middle pieces of the show – revealing the Tibetan influences of COTA’s exploration themed collection. 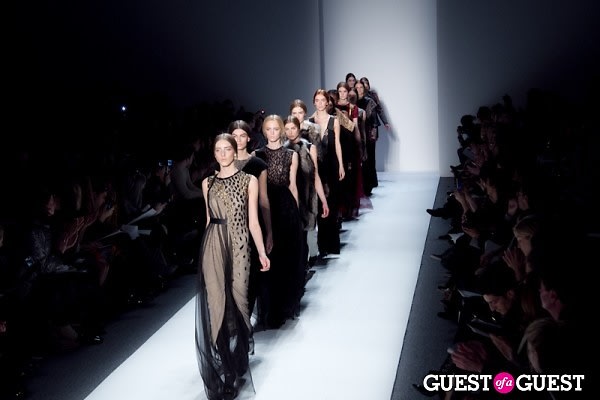 Knits, fur, and outerwear are new for COTA, and all were imbued with his ability to flatter the female form. But utilitarian elements such as hidden pockets and snap-off sleeves made the elegant collection equally functional.