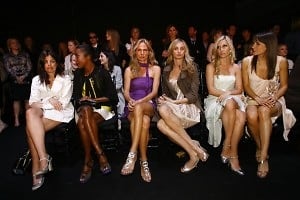 Oh god, as much as we wished for it, Summer really isn't endless, is it? After one last long weekend, we're gonna be back full throttle into Fashion Week. Going zero to sixty isn't easy after a lazy summer, so we're psyching ourselves up by listing the ten things we're most looking forward to this Fashion Week.-

For four days, Bon Apetit magazine will host a cafe in Avery Fischer Hall selling the wares of Milk Bar's Christina Tosi, Daniel Boulud, Mario Batali and Rick Bayless. Not only are we excited to try out some of the food, we can't wait to hang out in the cafe and try to figure out if any of the models and Fashion Execs will dare to be seen there. You know. Eating. 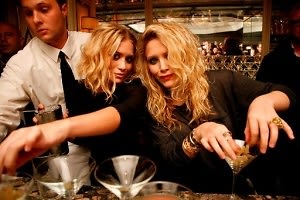 Remember how last year Mary-Kate and Ashley bartended at Bergdorf Goodman's FNO event? Well, this year they're hitting up Barney's, where they're judging a karaoke contest. Also, TAVI will be there! So many tiny blondes, we don't know what we'll do...

So long clipboards, highlighters, and assistants on the verge of a nervous breakdown: Fall Fashion Week 2010 is implementing Fashion GPS, which allows invited guests to scan their ticket and get automatically "checked-in". It's just about as elegant as boarding a Southwest plane, but hopefully this will lead to fewer pre-show disasters (like the one that famously got Kelly Cutrone fired from Chado Ralph Rucci on Kell On Earth). The new system is supposed to keep out crashers and let showrunners effectively fill in empty seats. all in all, the system sounds good, but rarely does new technology get implemented without a hitch. We're definitely looking forward to seeing how it all works out...

4. The Fashion's Night Out Runway Show

The premise is a good one: open the velvet ropes and give the public (aka the SHOPPERS) the chance to attend a runway show, as opposed to keeping Fashion Week an Insiders-Only event. The show is being heralded as the biggest fashion show in New York City history, with hundreds of models walking in clothes handpicked by Wintour herself. If all goes according to plan, the show will give audience members a chance to preview clothes they want, which they can then shop for on Fashion Night Out (September 10th.) Of course the show isn't quite as "everyman" as people are making it seem--tickets cost a staggering $400.  Still, this is the first event of its kind, and we're excited about the inclusion of fashion fans to FFW2010.

It's modeled after Paris's Les Puces de Saint-Ouen, except instead of "puces", you'll find Alexander Wang, Proenza Schouler and Rodarte. Get there early, it will probably be a shitshow. 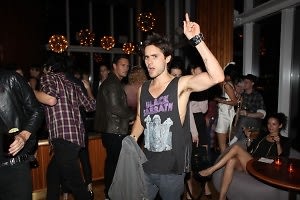 Venues that open during Fashion Week are the best indications of what the hotspots will be for the rest of the year. Last year, The Boom Boom Room opened with a boum. (Get it?) This season, we've got our sights set on The Darby, Lavo, MPD in the old Los Dados space, and, of course, Travertine's new XIX lounge. (We'll bring you a full rundown of all these later.) 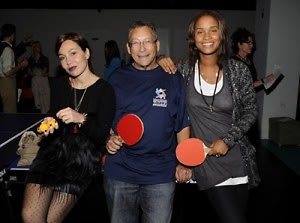 It's no secret that Stuart Weitzman freaking loves ping-pong.This year, he's hosting a ping-pong tournament at his flagship store to raise money for ovarian cancer research. The guest list hasn't been announced yet, but judging from previous ping-pong parties the shoe designer has thrown, we're guessing it's going to be pretty fabulous.

8. The END of Fashion Week

Fashion Week is exhausting, y'all. We're going to be ready for another vacation by the time September 17th rolls around...