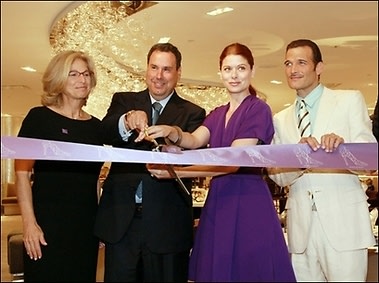 Also last Friday marked the opening of Saks Fifth avenue's 8,500 sq. ft. shoe department, a place so big it was granted its own zip code! (only in New York).  Debra Messing and celebrity stylist Philip Bloch were there to help ring in the affair.  Better study up on the floor plan before you go:

Let's hope to god that these fugly shoes will forever be banned from this newly acquired zip's radar: 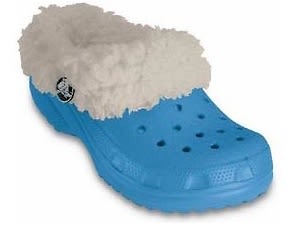 Croc's came out with this shoe called the "mammoth", which seems to be a cross between the two worst shoe designs of the century, the croc and ugg.  This is definitely going to be "mammoth", a mammoth of a mess that is.