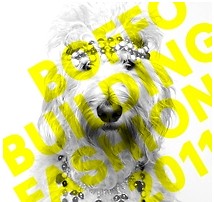 It's time to figure out where the best parties are this weekend. Make sure to check out our Calendar Page and follow us on Twitter as well!

The New Yorker Festival 2011 When: Fri, Sept 29 - Sun, Oct 2, 10am - 11pm Where: New York City Why: Tickets will be available until 4pm on Friday for the annual festival of arts and ideas [Details]

Day & Night Brunch at Ajna Bar When: 12pm - 6pm Where: Ajna Bar (formerly known as Buddha Bar), Open Why: The Koch brothers are back [Details]

Bergdorf Goodman 5F Flea When: Sun, Oct 2, 1pm - 4pm Where: Bergdorf Goodman, 5F, Open Why: Flea market in Bergdorfs..say what? This week will include WGACA, Oliver Peoples and appearances from Amy Smilovic of Tibi [Details]

Young Entrepreneurs of Manhattan Cocktail Hour When: Fri, Sept 30, 8pm - 9:30pm Where: Shoreham Hotel, Invite Only Why: Gathering of the young and bright at Shoreham [Details]

And for those of you in Paris...

GrandLife + Illesteva Presents Paris Fashion Week: This is New York When: Sun, Oct 2, 10pm - 5am Where: Le Regine, Paris, Invite Only Why: You can still party with fellow New Yorkers in Paris. [Details]