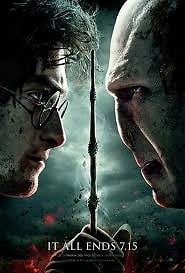 It's time to figure out where the parties are tonight. For more parties, be sure to check out our Calendar Page and follow us on Twitter as well.

Harry Potter NY Premiere When: 6pm-8pm Where: Invite Only Why: Harry Potter and The Deathly Hallows Part 2 Premiere, the final chapter in the 8-film story. [Details]

A Delicious Day with Daniel Orr When: 4pm-6pm Where: Bloomingdale's 59th St. Why: Chef Daniel Orr of FARMbloomington celebrates the Caribbean in his third cookbook, Paradise Kitchen. Join us for a special cooking demonstration and signing and learn the secrets of island cooking. [Details]

Kid Rock Platinum Celebration and Men's Journal Party When: 9pm-11pm Where: Invite Only Why: Party with Kid Rock to celebrate the platinum certification of his newest album "Born Free" and his July cover of Men's Journal [Details]

Premiere of Sundance Selects' TABLOID When: 7pm-9:30pm Where: IFC Center, 323 Sixth Ave Why: In TABLOID, Academy Award-winner Errol Morris concocts another jaw-dropping portrayal, this time of a phenomenally driven woman, Joyce McKinney, whose romantic obsessions and delusions catapulted her over the edge into scandal-sheet notoriety and an unimaginable life as a tabloid sensation in the late 1970’s. [Details]