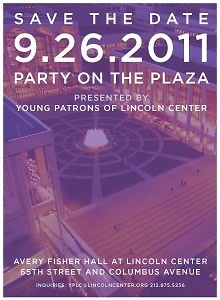 It's time to figure out where the parties are tonight. Make sure to check out our Calendar Page and follow us on Twitter as well!

American Theatre Wing Gala Honoring Sir Howard Stringer When: 6:30pm - 9:30pm Where: Plaza Hotel. Invite Only Why: The evening will honor the nine-time Emmy winner and Chairman/CEO of Sony [Details]

A Brooklyn Benefit for the Samaritans of NY When: 6pm - 9:30pm Where: Brooklyn Bowl. Ticketed Why: Performances by Lee Fields and the Expressions, Corey Glover, Danielia Cotton, The Smyrk [Details]

Samsung Galaxy Tab 8.9 Exclusive Preview in NYC When: 7:45pm - 9pm Where: Tonic Times Square. Open Why: Take in MNF, food, drinks and get a sneak peek of the new Samsung product [Details]