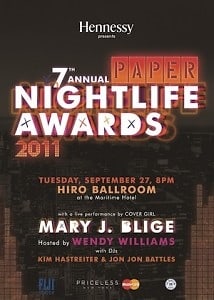 Foster the People Official After Party When: 10pm - 2am Where: Living Room at W Times Square. Invite Only Why: Following the band's sold out show at Terminal 5 [Details]

Play Me: VYou iPhone App Launch Event When: 7pm - 10pm Where: SNAP. Invite Only Why: Launch party for the start-ups' iphone app [Details]

The Art of Farming: An Auction of Edible Heirlooms When: 7pm - 10pm Where: Sotheby's. Ticketed Why:  Participating restaurants to include Rouge Tomate, Riverpark, Magnolia Bakery and Butter [Details]

Kreemart Performance Hosted by W Magazine When: 9pm - 10:30pm Where: Haunch of Venison. Invite Only Why: One night performance at the Chelsea gallery. Participating artists in the event include Terence Koh, Olaf Breuning and Sandra Gamarra. [Details]

Jason Derulo's Official Album Release Party When: 9pm - 11pm Where: The Darby. Invite Only Why:  For the release of 'Future History' [Details]

S By Shakira Fragrance Launch When: 5pm - 7pm Where: Invite Only Why: Shakira launches her next fragrance "S Eau Florale" [Details]