Where did the idea for Rowing Blazers come from?

I first raced at Henley Royal Regatta, which is kind of like Wimbledon for rowing, in 2004. Like Wimbledon, Henley is a single elimination bracket, and I was knocked out in the first round. The experience left me with a burning desire to win the event - a goal I accomplished nine years later - and with a lot of time during the regatta to talk to other athletes from all over the world about their elaborate and colorful jackets. I thought: someone should write a book about the blazer tradition in the sport of rowing. A few years later, as a grad student at Oxford and having been on the US team, I realized I was the guy who should write the book. It was a four-year passion project that took me to rowing clubs in New Zealand and New Hampshire, Amsterdam and Argentina, and that left me with a wealth of knowledge about the origin of the blazer (most people don’t realize the blazer began as a warm-up jacket for Oxford and Cambridge rowers) and a large collection of vintage blazers. I launched the book with Ralph Lauren, and that was my first experience in the “industry” as such. That’s what planted the seed of the idea for the brand. 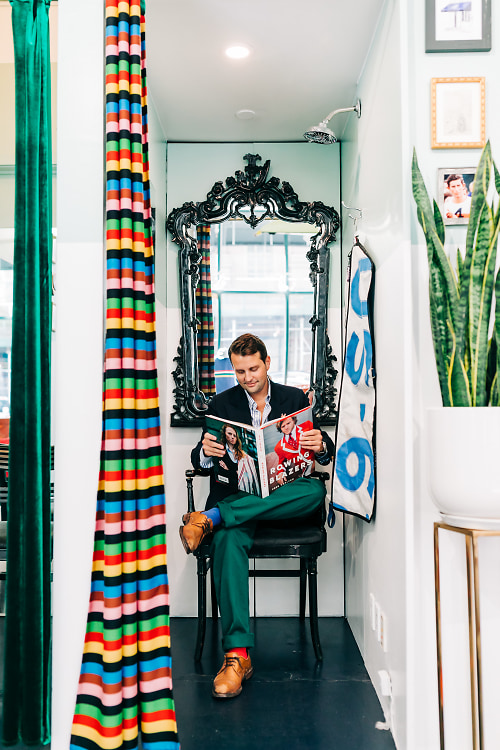