Ed Note: Whoops. We screwed up! Thanks to everyone who has pointed out that these two are friends!

Last night, Ina Garten, well-known author and host of Food Network’s “Barefoot Contessa,” attended a sold-out book-launch event for James Beard-award winning cookbook author Patricia Wells at Le Skyroom at the French Institute Alliance Française. There were moments in the dialogue that seemed a bit off.

Patricia has just come out with a new book, “Salad as a Meal.” Wells, 65, is a France-based journalist and cook who served as restaurant critic for the International Herald Tribune for 27 years, a newspaper her husband, Walter Patrick Wells, was executive editor of for 25 years. 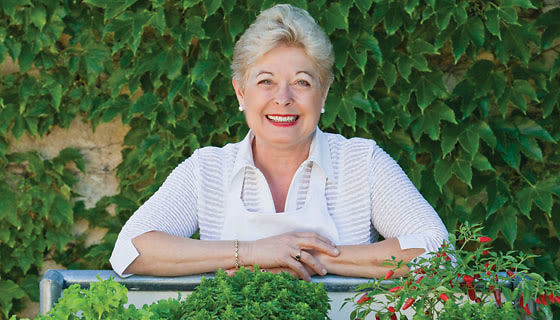 While the mood was light and cheerful, with a well-groomed crowd of about 100 Francophiles sipping Nepresso through the brief 30-minute discussion, things did seem strained. Patricia made it a point to remark how Ina was in the middle of shooting her show when she was asked to moderate the event. “She told me she was really busy shooting for her show, but said, ‘for you, I’ll do it.’”

Garten laughed at the remark and seemed a bit flushed; it was only last month she was harshly criticized for repeatedly rejecting a 6-year-old cancer patient’s Make-A-Wish wish to meet her. The Los Angeles Times, one of several news organizations that covered the story, including CBS News, gave her the nickname, “Heartless Contessa.” Garten’s representatives had stated that the reason for the rejection was due to logistics, that she was just too busy. 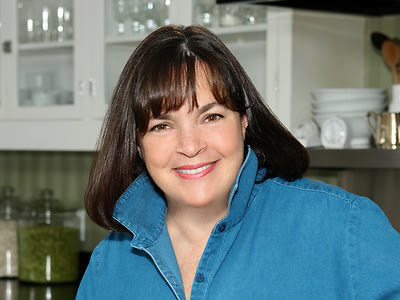 But Garten, who traveled all the way from East Hampton to attend last night’s event in Manhattan’s Upper East Side, was willing to put off her show to promote a cookbook by someone she doesn’t know all that well. Wells has mentioned Garten in some of her writing, but other than that, the two have never met.

There were a handful of interesting compliments made, including Wells’ “Getting Ina’s oven is like getting Freud’s couch.” And while the audience seemed to enjoy every minute of it, sitting in a beautifully lit room with navy blue ceilings that mimicked a starry sky, it was clear there was something unnatural in their presentation. For one, as soon as the discussion segment ended, marking the start of the cooking demonstration, Garten was nowhere to be found.