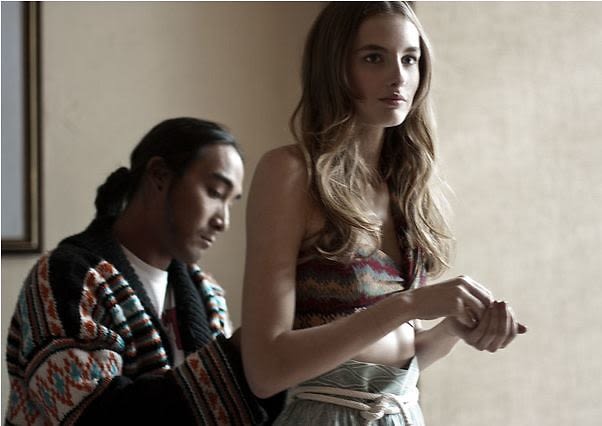 Only in its third season, NAHM may be considered but an infant in the fashion world, however designer Nary Manivong and partner Ally Hilfiger proved to be, yet again, an undeniable presence at New York Fashion Week.

The duo, known for their highly-wearable line of delicate, feminine shirtdresses, debuted their 2012 Fall/Winter collection this past Friday at Milk Studios and were met with overwhelming praise.

We caught up with Nary to discuss the collection, and where he finds his inspiration.

[Photo: Nary Manivong via]

First, congratulations to you and Ally on all of your success with NAHM. You were recently nominated for a FGI Rising Star Awards. Do you sometimes have to pinch yourself or are you taking it all in stride?

Well I have definitely have been taking it all in but now it's fun and I'm enjoying everything about. It's so exciting to get up to do what I love and leave my studio and still have the same feeling. The FGI Rising Star nomination was the icing on the cake so far and we're honored but there's so much more to come.

Prior to partnering with Ally, you designed an eponymous line. What would you say has been the most rewarding, or perhaps the most difficult, aspect of co-designing?

I think anything new will always be difficult because you have to learn about each another personalities as an artist but our vision is so similar that we compliment each other very well. 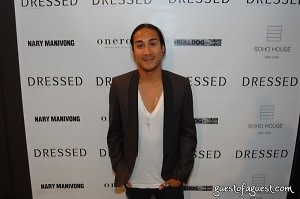 You were the subject of filmmaker David Swajeski's documentary "Dressed", which followed your journey from homelessness in your native Ohio, to showing at the tents at New York Fashion Week. Was doing this film a cathartic experience for you?

Yes definitely! I felt like it was free therapy and I got to learn a lot about who I am and the people who love and supported me.

Pursuing a career in fashion design is one that is full of risks. As someone who has turned their fair share of adversity into a wildly successful career, what would be your advice to the many struggling designers?

My number one piece of advice for any struggling designers would be: patience isn't just a virtue, it's a necessity. Go out with a strong sense of confidence and network with the people in the industry and build the relationship. It's really key so people get to know who you are.

NAHM, in it's third season, recently showed at Milk Studios this past Friday. What inspired you while designing this collection?

For NAHM fall/winter 2012 collection, we were inspired by strong, confident woman.

Would you ever think of branching out to menswear?

Menswear is definitely we would be interested in doing but that's down the road. We are focused on fully growing NAHM to where it needs to be before we expand into anything else. 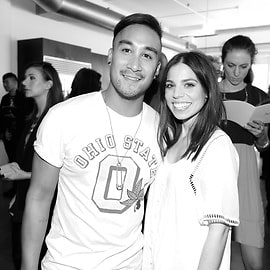 In the past few years, the fashion world has had a sort of Renaissance of American designers. Would you agree that this has been something long overdue?

Yes and No. It's great to see amazing new American talent. On the other side, everything has its time and place.

The personal style of designers themselves, no matter how genius their collections, tend to be scrutinized. Many opt for the all black look when giving that final wave at the end of a runway. How would you describe your personal style?

Lastly, as our site just loves the nightlife, I must ask- will you be attending any of the dozens parties this fashion week? Any favorite spots you will be hitting up?

I don't have any favorite spots. I'll just show up and support some friends. 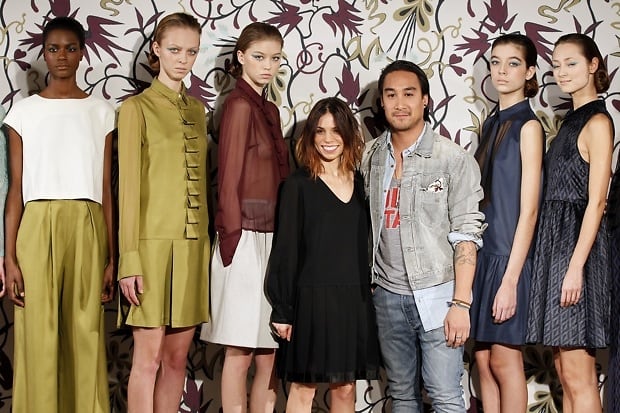