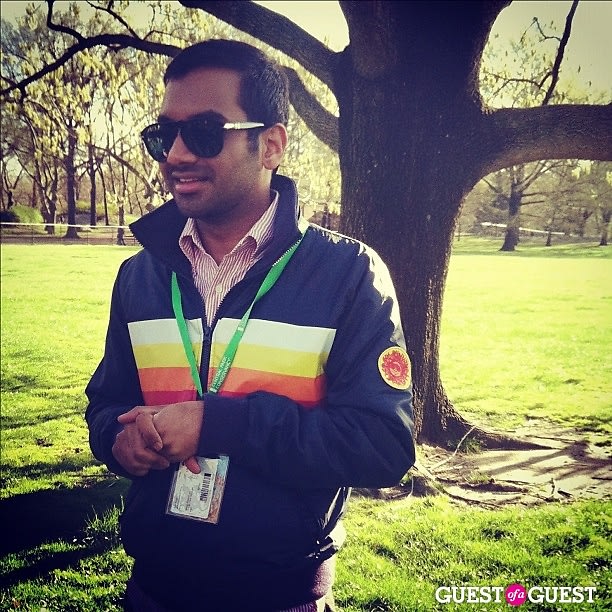 Happy spring! This morning marked the official re-opening of the Central Park lawns with the "first mow" of the season, and who better to host an event involving parks and recreation than Aziz Ansari from "Parks and Recreation"? Ansari gave a short speech then rode around on a lawn mower on Sheep's Meadow along with Doug Blonsky, the President of Central Park Conservancy. We got a chance to speak with the comedian (who just released his latest DVD, Dangerously Delicious, Louis C.K. style on his website for just five bucks a pop), the prolific tweeter, and all around "friend of the stars" at an ungodly hour this morning...about tacos.

As a noted foodie and buddy of David Chang's, what are some of your favorite restaurants to hit up when you are in NYC?

Right now I like Torrisi Italian Specialties and Parm, their sister restaurant. I like Luke's Lobster Roll. Oh oh! The new Il Buco restaurant is good. Il Buco Alimentari or whatever it is. I don't know the third word - the one on Great Jones and Bowery. It's good.

My favorite food? I don't know if I have an absolute favorite food. But if I had to pick one I'd pick tacos, probably... It's very broad so you can fit a lot things under that umbrella.

My favorite thing about Amy Poehler? We both really love New York, I guess that would be appropriate for being here at this event. And she's just as awesome as you would think she is.

How, like, she's always asking me to go commit hate crimes with her, and I'm just, like, not up for it ever. 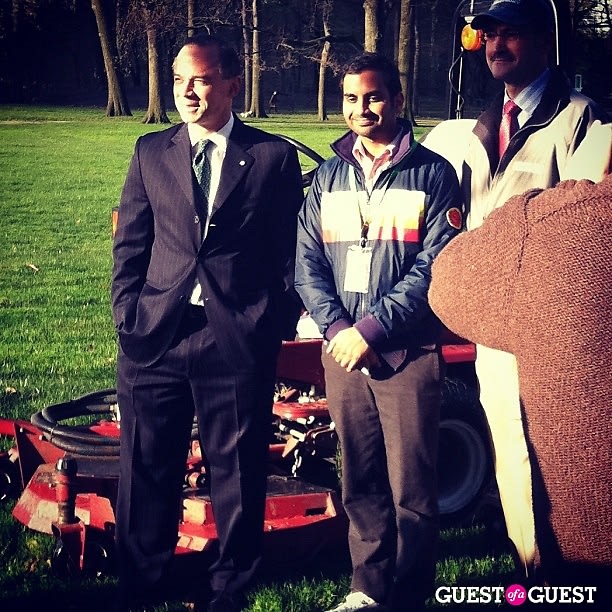 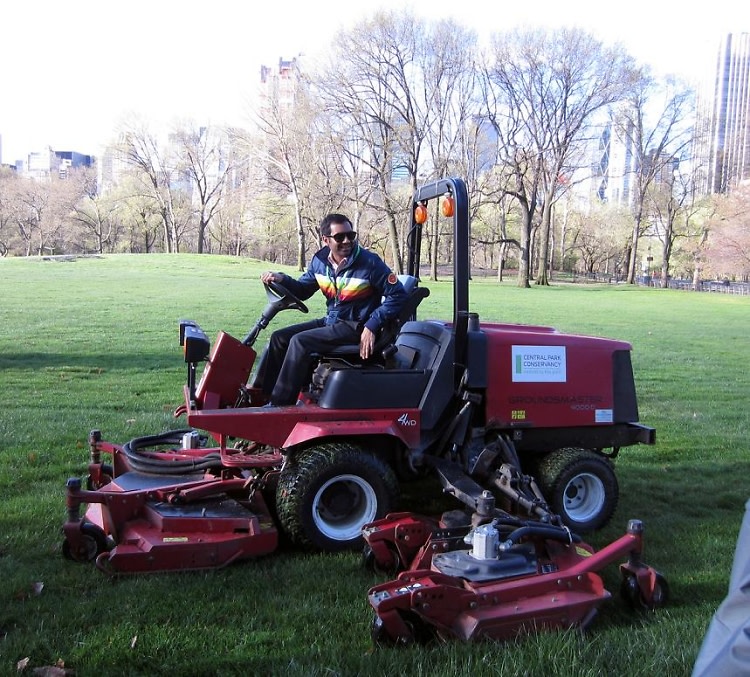 Aziz on the lawn mower reminded us of George on the Jazzy... just sayin'. 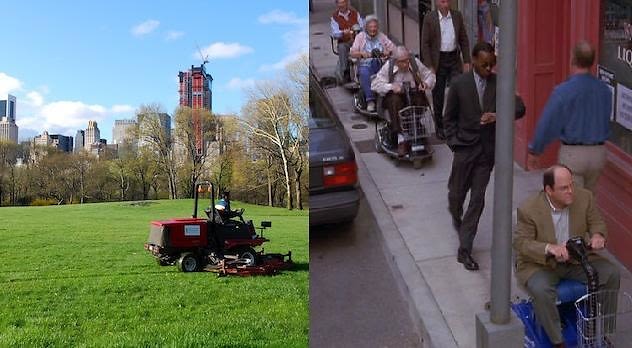