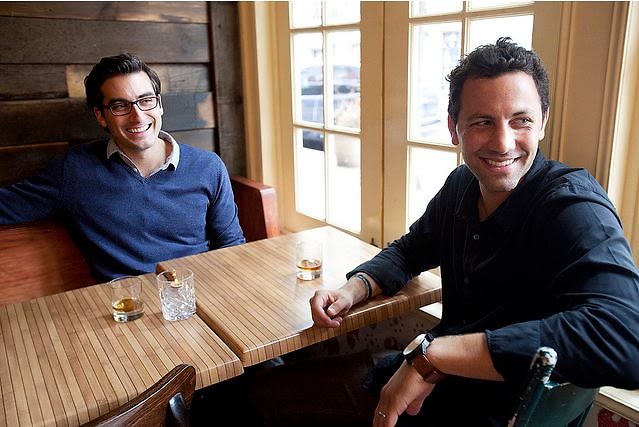 Ever wish you had a group of friends that could give you solid, straightforward, real-life restaurant advice- all while making you laugh? Look no further. Andrew Steinthal and Chris Stang are the guys behind Immaculate Infatuation, and your new best friends. Their site is a breath of fresh, unpretentious air amidst the condescending fodder offered by most restaurant guides,  using phrases like "OH HELL YEAH" and "chill the f-k out", even referencing R. Kelly's "Ignition".

I recently caught up with the two, who actually have big-boy jobs in the music biz (IMAGINE), to discuss their new iPhone app, dining horror stories, and what's next for the "not real food critics".

First, Andrew- you're from Westchester and Chris, Colorado, what brought you two together besides your love of food?

Andrew: We actually met when we were in college at a CMJ conference in NYC. I was the music director at my college station, WICB in Ithaca, and Stang held the same position at KCSU at Colorado State University. A mutual friend of ours actually put together a small group of some of his favorite college radio kids and invited us all to go visit the TRL set. Remember that this was when TRL was on fire, and Carson Daly was still culturally relevant. So, yeah - we met on set at TRL. Once we graduated college, we both moved to NYC to pursue jobs in the music business and immediately began plotting world takeover.

As two fellas working in the music industry, what made you decide to take on a venture like Immaculate Infatuation? Kudos on the elaborate title, makes for a great twitter handle.

Glad you like the name, it actually came from a fake British rock band that Steinthal and his college friends dressed up as one year for Halloween. We gave ourselves elaborate stage names, got really drunk and called the band Immaculate Infatuation. So, it doesn't have anything to do with food, which we found fitting.

The idea to start the site really came from our passion for food. Our jobs had us out at night a lot, and we'd make it a point to try different restaurants all the time. After a while, you get to know the city pretty well, and we found ourselves giving dining tips to our friends quite a bit. It made us realize that there wasn't a published restaurant authority out there that our friends related to...so we started writing restaurant reviews. 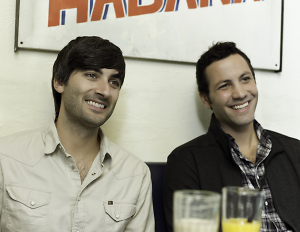 With a plethora of food critic websites like Eater, GrubStreet, TimeOut, what do you think sets Immaculate Infatuation apart?

Voice. We have a clear opinion that people relate to. At the end of the day, all that matters is that people trust what we say, so we strive to be always honest and often entertaining.

As your site states, "we're not real food critics, so you're not going to hear any pretentious foodie hobnob from us." So in other words, you sympathize with the 99%. Where would you recommend getting a top-notch bite that won't cost you a month's rent?

Some of our favorite restaurants are the affordable ones, like Cafe Habana and the Burger Joint. The Momofukus are more affordable than you might think, and you can get incredible bowl of ramen at Rai Rai Ken for next to nothing. [Photo via]

Oftentimes the best restaurants are relatively unknown, that being said, are there any spots in the city that you consider your best-kept secret that you'd be willing to share?

It's definitely no secret, but we're huge fans of Post Office in Williamsburg, Upstate Beer & Oyster Bar and Maharlika in the East Village.

As aficionados of both music and food, where would be the best place to go in NYC to fulfill both those needs?

L'Artusi always has great music going, and Sel De Mer was playing Wu Tang Clan last time we were there. ODB makes for a great soundtrack to dinner. 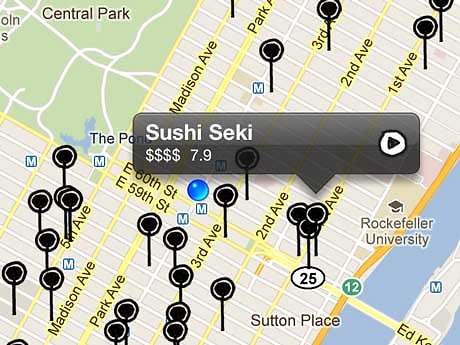 You just released a new iPhone app, could you tell us a little more about that?

There are a lot of restaurant apps out there, most of which make you sort through a list of establishment known to mankind. Ours only pulls from the carefully curated list of reviews on our site, so it's easy to find a good recommendation on the fly. You can find restaurants that are "Nearby" your current location or search through any of our "Perfect For" tags and find the perfect spot for something like Chronic Brunch in the East Village.

Do you have any dining horror stories? All establishments anonymous of course.

Look through the site, and you should be able to find a few unfortunate examples of bad dining experiences. One particularly special occasion was when we visited a now defunct restaurant that made us wait 30 minutes for a table even though the restaurant was completely dead. It was like an empty night club that still keeps a line out in front. Smart.

What does the future hold for Immaculate Infatuation? Do you ever plan on throwing music in the mix? We are always growing and will be introducing some new features and content into the mix. We're also focusing heavily on our app, and growing our presence in the mobile space. On the music tip, we've been programming monthly Infatuation playlists on Spotify. Other than that, we're sticking to what we know best. Restaurant reviews. 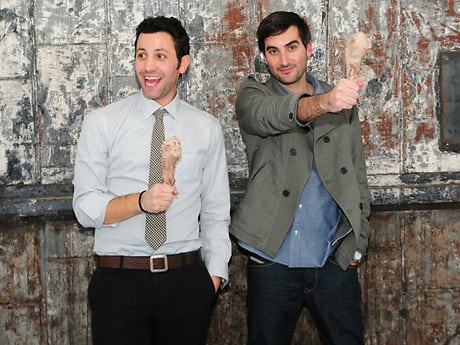 Do you have any advice for those out there, and there are many, trying to get a website off the ground?

Find your voice, stick to it and be consistent. If you have an interesting angle on something and can communicate it well, people will respond. Let your personality shine through.

Imagine: It's your last meal. Where do you go and what do you order?

Andrew: I go to The Candlelight in Scarsdale NY for wings, waffle fries and a fountain coke.

Chris: I eat like every meal is my last meal. I should probably go to the doctor.

Lastly, i have to ask you the really hard question, if you HAD to choose, which is your greatest love- music or food?

You know what's nice? Not having to choose.

For more on Immaculate Infatuation visit their website HERE

To purchase tickets for the Turkey Ball, Nov. 30, go HERE 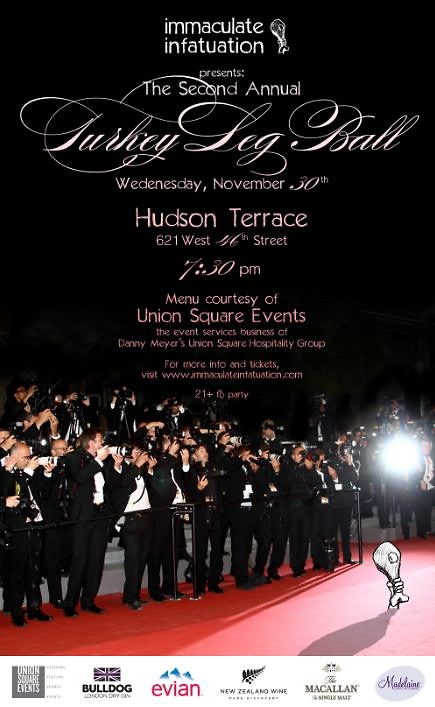