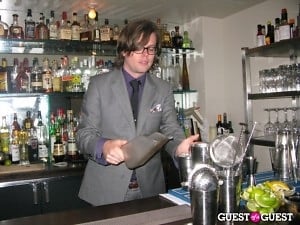 Walk into the bar, tell the bartender what kind of mood you're in, what kind of drinks you like, what kind of night you're hoping to have, and let them whip you up the perfect drink: that's the kind of drinking culture Kevin Denton envisions for the Gramercy Park Hotel Rooftop bar. We sat down with him a few weeks ago to discuss his bar pet peeves, rooftop garden, and Fall Menu.-

The first thing Denton did was ask what kind of day I'd had (bad), and what kind of night was ahead of me (long). Within three minutes, we were sitting in one of the The Roof Club's many eclectically decorated rooms, sipping an Afrezzo Bravo: tequila, yellow chartreuse, lime juice, strawberry. ("That should give you a little pick up for the rest of your evening," he assures me.)

The rooms in the bar are beautiful and quirky. We sit in one with hundreds of unlit lightbulbs growing from the ceiling like rounded stalactites.

"It's a crazy space, it kind of reminds me of David Lynch's Grandmother's house."

In fact, the bar's menus and rooms have a cinematic feel: the summer menu was based on The 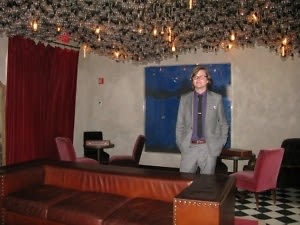 Life Aquatic With Steve Zissou, though the Fall menu will be "more Salinger, less Wes Anderson." Each space has a distinct feel, which is exactly what Denton wants.

Eating and drinking new things is what Gramercy Park Rooftop is all about. To help this along, Denton started a garden right on the roof of the hotel, which he himself tends to every day.

"For me the impetus was we'll grow things that we can't find in the market that we want to use in food and drink that we'll have immediate access too. I've always wanted to be able to plop a mint plant on the bar and be able to pick off of that and throw it into the drink as part of the show. Not only is the integrity of the ingredient that much better, there's that visual aspect of fruits and herbs and vegetables on the bar. To me that's like "Here's your realm of possibility.” It really adds to that dynamic and the dialogue between the person who's drinking your drink and the person who's making the drink."

The "realm of possibility" at the Rooftop Bar is seemingly infinite, with a cornucopia of fruits and vegetables growing amongst the towers of midtown, including what have to be the freshest cherry tomatoes in 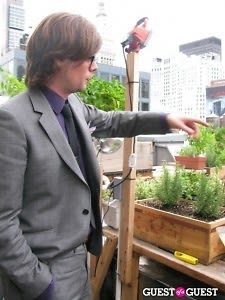 Manhattan, and more varieties of mint than you knew existed.

When it comes to designing a seasonal menu, Denton sticks to four categories.

"The celebratory drinks are the champagne drinks, the ones that people just want to put down and you're not thinking about it. And I don’t need people to lord over my cocktails and make a big deal out of it, I kind of like people to just drop it off and people enjoy it, cause when people are here to celebrate that's what I want them to do."

"Conversation, those are the sours but also wine based cocktails, things that are something you can sit and sip on and have a conversation."

while and watch it evolve watch it change."

(Those are pretty self-explanatory...")

All four categories will feature extensively on his fall drinks menu.

"When I go about making a list I want to make sure that things are kept simple, that we make drinks that feature the ingredients. I try not to do too many ingredients in a drink, I get so mad when things have more than five, I feel like it’s cheating."

Some of the cocktail ingredients might still be rooted to the earth when you order at the bar, but not all the drinks at Gramercy are made on the spot. 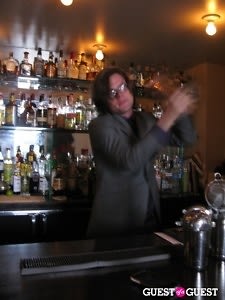 Having been so charmed by the garden, the menu, and the Lynchian rooms, I knew instantly that Gramercy Park would become a fall staple for me. So I asked how to really impress a bartender when ordering a drink.

"Anybody with a curiosity and the faith to just leave it in my hands, and someone who says 'I don’t like that' and gives me a different direction to go, cause again, I love the 'choose your own adventure aspect',  'How about this and this?'"

The nightmare customer? Well, Denton is so easy-going that it's hard to get him to fess up to an annoyance, but he did give us this tidbit:

"I guess the only thing that is annoying is when people show up at the very end of the night when you're putting everything away and they hem and haw over what they want to drink and they want something very elaborate and you’ve already closed down for the evening, but that's beer and shot time. I would say when I get out I drink beer and shot more than anything."

Denton, who studied at Cornell and worked in city planning for a while, has had an eclectic life, with bar-tending jobs all over the city. But it's at Gramercy Park Hotel where he really seems to have found his home.

"The job is long hours by merit of us being open by 7 am to 3 am but I come in early every day and stay late, putting syrups together trying to create new things and spending time in the garden. But it's fun, its what I would want to be doing and totally my passion, totally what I'm interested in anyway, so the fact that I can do it and share it in such a beautiful space is really a blessing to me."

Kevin is appearing on The Martha Stewart Show today to talk about the garden. 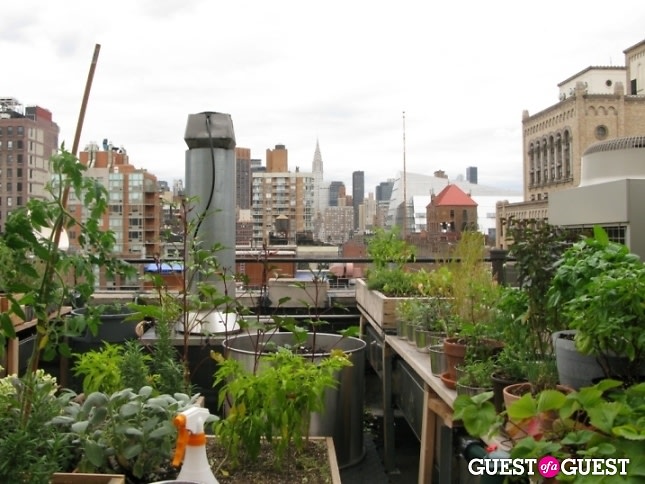