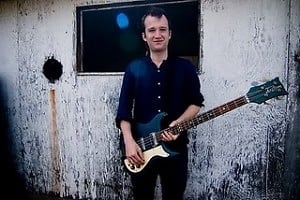 Everyone was disappointed when the Hamptons big Music To Know Festival was axed. Fans were looking forward to seeing bands like Bright Eyes and Cold War Kids. However, the biggest bummer may be missing Vampire Weekend's only scheduled show in New York this year. We talked to Chris Baio, the band's bassist, at the 5 Day War premiere about the cancellation, plans for the new album and more.

Just one week prior to the event, MTK organizers had to pull the plug due to low ticket sales.

"It's a disappointment," says Chris. "I got an email, I was in England—actually DJing a couple festivals—and got an email that it fell apart, what, six or seven days beforehand? It's definitely a disappointing thing but it's also something that was kind of out of our hands. We weren't in any way consulted when that decision was made. But I was looking forward to playing in the New York area and having family and friends come out, and for it to fall apart is definitely a bummer.

The one positive that comes out of it, is that the band has more time to work on their new album. He tells us, that they're in the "very, very early, early stages. But we're all in New York right now and we've all been meeting up and talking about it and it's at the forefront of all of our minds." 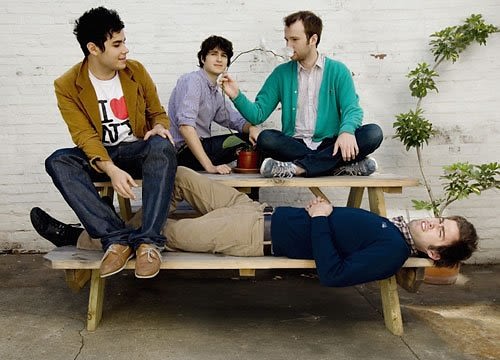 In the meantime Chris has been Djing around the world. Asked if he ever plays his own songs, he tells us:

"I will periodically play Vampire Weekend remixes when I DJ. And it's an exciting thing because we've had some really great musicians sort of reinterpret our work, like Basement Jaxx and Chromeo. And I think throwing that into a mix can be a nice thing who came out who are maybe fans of the band but don't necessarily know what I'm going to play."

Chris heads to Malawi next week for some Djing gigs and to work with the US Embassy giving a bass guitar seminar. He'll also be at the Rockaway Beach Boardwalk at Beach 96 st. in Queens this Sunday with DOM, the Sheen Bros, Eli Escobar and more. 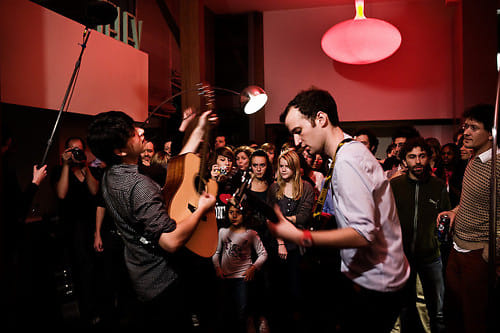 When not working, Chris is enjoying his downtime. His favorite thing do to is read in his back yard. Currently, he's about 3/4 done with The Tiger's Wife by Téa Obreht, and has been listening to John Maus, and Tiger & Woods. And of course, there's going out.

"I'm a fan of the house party. I like a bar where you can hear your friend speaking and the music's not too loud. I mean, I do like going out and dancing and things like that. I enjoy going to Manhattan Inn in Greenpoint, that's really close to where I live."

[MTK Festival Announces Vampire Weekend As Headliner] [The MTK Festival: What We Are Bummed About Missing, And What We Won't Miss]