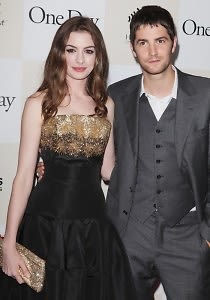 Other Details: Anne Hathaway took some time off from being the most awkward Catwoman in history for the next Batman flick, to hit the carpet in Alexander McQueen for her new romance movie One Day with co-star James Strugess.  [Via]

"Don't Be Afraid Of The Dark" New York Premiere 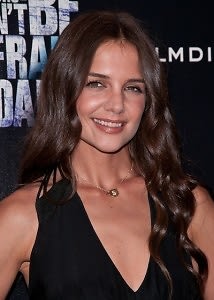 Who Was There: Katie Holmes

Other Details: Katie Holmes was in NY last night for the premiere of her kid flick. Last week on Jay Leno she said she isn't afraid of the dark, but is afraid of raccoons, which we can assume is her nickname for Tom Cruise. After the movie, the couple went to dinner at the Lincoln restaurant. [Via] 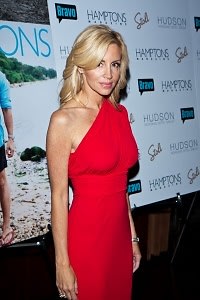 Other Details: The Housewives of NY and DC, including villain and new divorcee Camille Grammar, head to the Hudson Hotel to fete Andy Cohen and his new cover for Hamptons Magazine. The Bravo puppet master is on a serious roll. He just sold his memoir for seven figures![Via]

Other Details: Deadspin and Jim Beam hosted a night at Gotham Comedy club. Comedians brought their A game and surprisingly kept the sports-related bits to a minimum. The best of the night was Myq Kaplan who brought the cerebral humor and Jew jokes. Judah Frielander took the stage in his signature bedazzled hat and mostly talked with the audience who shouted things out to him to get the same response of 'I'm the world champion. And then I fucked your mother," or something similar. 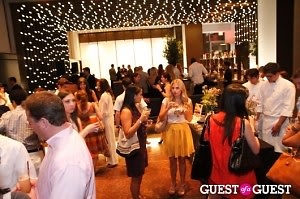 Other Details: Dan Kluger from ABC Kitchen, Marcus Jarnmark of Acquavit, George Mendes of Aldea, Christina Tosi of Momofuku Milk Bar, Vikas Khanna of Junoon and Sisha Ortuzar of Riverpark cooked for the guests at the 3rd annual To Live and Dine in New York City.Be sure to take a look at more pics HERE.