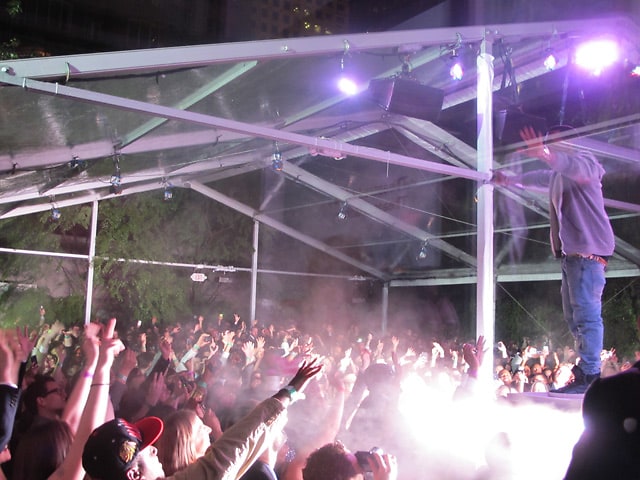 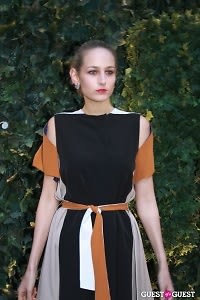 Other Details: Last night's benefit Gala honored MoMa trustees Patricia Phelps De Cisneros, Mimi Haas, Jill Kraus, and Sharon Percy Rockefeller in just about the coolest way possible: a performance by Kanye West (rumored to cost around $1 million to play a party) and a surprise appearance by Jay Z. Reports the NYT, "For most of the 45 or so minutes that he’d been onstage, Mr. West had been moody, dour, even irritated at points, a star who enthralled even at low wattage."  But things turned around when Jay-Z took the stage.  The boys shut it down with the ultra-appropriate "Empire State of Mind." Be sure to take a look at more photos HERE. 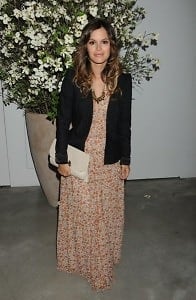 Other Details:During SS11 NYFW, designer Derek Lam presented a 16-piece collection at Lincoln Center and let consumers vote on thier favs to be produced into an exclusive collection for eBay. Cool enough that even Rachel Bilson took some time off from sucking up to Karl Lagerfeld to toast the occasion. [Via] 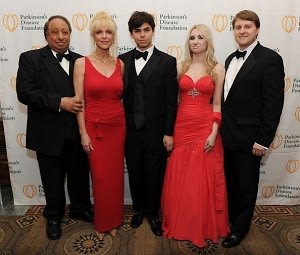 Other Details: Dinner, dancing, drinks and a good time were had at the Pierre to raise funds for Parkinson's disease. Former chief executive officer of Merrill Lynch, John Thain, the man with the $35,000 golden commode, was there. Do you think it's possible for anyone to have a conversation with him and not think about his uber-fancy toilet the entire time? I wouldn't be able to. Not a chance. [Via] 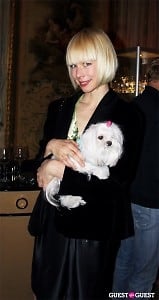 Where: The New York Palace

Other Details: Last night was the debut and unveiling of French artist Julien Marinetti "Doggy John," sculpture in the New York Palace Courtyard. Guests, as you can see from the photo, were allowed to bring their four-legged friends. Take a look at more photos HERE.

Other Details: Those who believe the children are the future, that we should teach them well and let them lead the way, show them all the beauty they possess inside, to give them a sense of pride to make it easier, came out last night to award kids they feel possess the stuff the Brooklyn Children's Museum values most.

An Evening to Support the Next Generation of OLYMPIANS

Where: The Noguchi Museum 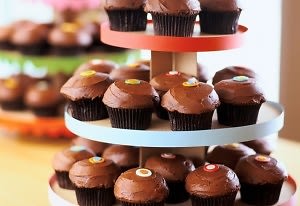 Other Details: The ongoing NYC Cupcake Wars rage on with the addition  of new contender, LA-born Sprinkles. Will they be able to defeat Magnolia, will they battle in sugar to frosting combat with Crumbs? One thing is for certain, it is going to be high in calories and completely worth it.  From NY Mag:

"In April, two L.A. investment bankers opened Sprinkles Cupcakes, a sleek, modernist bakery in Beverly Hills that sells only cupcakes. Sprinkles' owners plan to open up shops in Las Vegas, Dallas, and Chicago in 2006. Their plans haven't escaped Appel's watchful gaze. "I hear they have a sign in their bakery that says OUR CUPCAKES ARE BETTER THAN BUTTERCUP BAKE SHOP IN NEW YORK CITY," she says. (Sprinkles says that's not the case.) Appel then adds drily, "I'd be very curious." [Via] 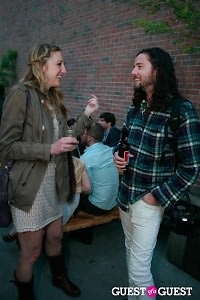 Other Details: Hipsters put on their best plaid shirts to kick off the summer at Good Company with PAPER Magazine last night, enjoying the bar's outdoor area and partaking in the Crystal Head vodka open bar.