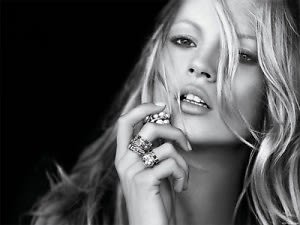 This afternoon supermodel Kate Moss's highly publicized wedding will begin, and by begin I mean the wedding and weekend-long music festival celebration will commence.  Referred to as "Mosstock" it's as anticipated as the recent Royal Wedding!  Here is a quick rundown of the important details:

How it all began:

The catwalk queen will wed Jamie Hince, guitarist of The Kills.

Before Hince, she was engaged to actor Johnny Depp, and has an 8-year-old daughter with publisher Jefferson Hack.

Her most famous relationship was with bad boy Pete Doherty. Tthe two dated for four years.  Their relationship was splashed with passion, heavy drug use, and heated arguments.  It was with him she earned the nickname "Cocaine Kate", after pictures surfaced of the duo snorting lines.

The beloved met after Hince finished performing with his band, he did not know who she was; he also hates fashion, stating: 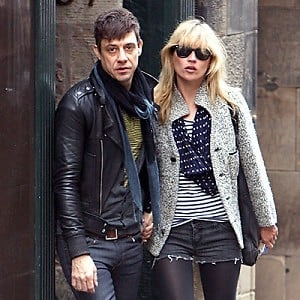 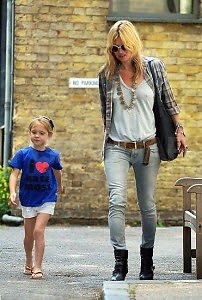 Kate Moss has a lot up her sleeves for her wedding.  It's said that the wedding will cost more than 500,000 British Pounds.  Moss isn't the only one paying for the grand celebration, residents of Southrop, have been put out of their way due to police roadblocks to give way to the celebs that will make their way to Cotswold. 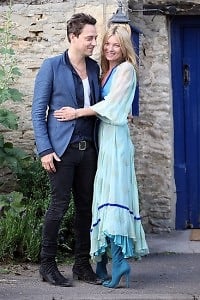 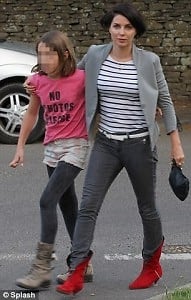 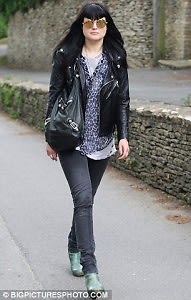 When Moss and Hince showed up at their dress rehearsal, Hince was reluctant to be photographed. Luckily Kate convinced him to pose for a few photos.  She wore a blue 70's style frock and blue heeled boots.  Best gal pal Sadie Frost also showed up for dress rehearsal along with daughter Iris.  The Kills band member was photographed on the church grounds to prepare for her role in the lavish wedding as well as Kate's hairstylist friend, James Brown.

There will be 300 guests attending, including Naomi Campbell, Jude Law, Vivienne Westwood, and John Galliano; amidst his controversial trial, there has been speculation on whether the designer will actually be in attendance.

The wedding will be photographed by Mario Testino, who also photographed Kate Middleton's wedding to Prince William, for the September issue of Vogue. 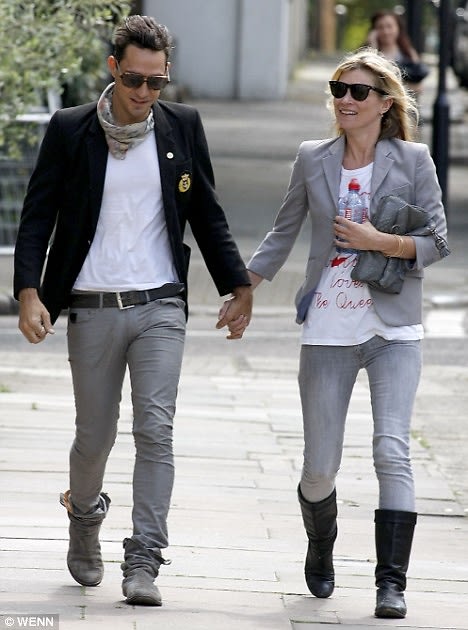 The wedding party consists of her Maid of Honor Trish Simonon, her best friend Sadie Frost, Frosts' daughter 10-year-old Iris, who will serve as a bridesmaid.  Moss's half-sister and the young children also make up the bridal party.  Kate's own daughter Lila Grace will take her rightful place as chief-bridesmaid.

After watching Bridesmaids, we can only wonder what complex responsibilities her rather youthful bridal party took on.  Alison Mosshart, bandmate of Kate's soon-to-be hubby, will attend the wedding as the grooms "Best Woman" 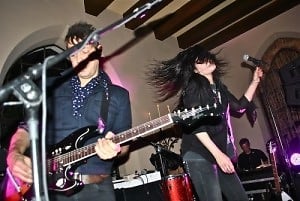 What you should expect if you weren't invited, which you probably weren't :

What happens at Mosstock, stays at Mosstock.  Expect not to see any leaked photos floating around on Twitter or the Internet; Due to heavy lock-down of the surrounding area, and guests being asked not to take any pictures.

Vogue UK reports that Moss has hired "naked muscle men" with tattoos of herself and Hince's faces to greet guests.

To top the night off, fireworks and doves!

It seems as if the tight security placed over the celebration will limit the abilities of the paparazzi.  Our only hope of ever knowing what really happened at Mosstock will be in the September issue of Vogue.  Till then, we can only anticipate to see the beloved fashion princess walk down her next runway: The Wedding Aisle.