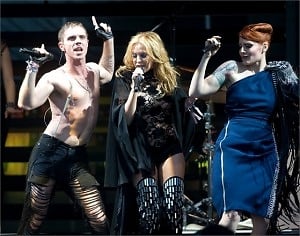 This year's Glastonbury festival featured some big-name performers (The Flaming Lips, Snoop Dogg, Stevie Wonder), but the real stars were the stylish celebs in the audience.- 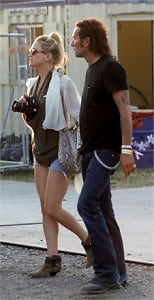 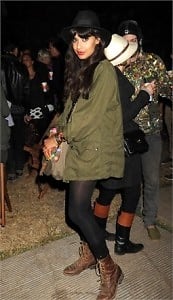 Casual chic was the order of the weekend, with sunglasses, hats, boots and shorts in high demand in the name of both comfort and style. 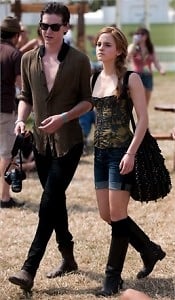 Harry Potter star and Burberry spokesmodel Emma Watson made an appearance with boyfriend George Craig, and model and socialite Pixie Geldof took a break from her busy social schedule to take in the music. Both stars looked fit to beat the heat in boots and shorts, with Geldof tossing on a leather jacket during the cooler evening weather. 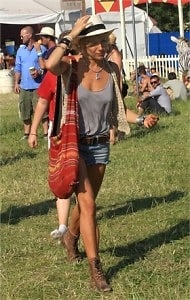 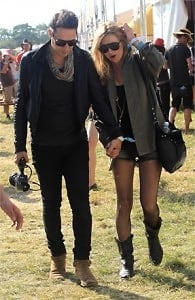 Perennial style favorites Sienna Miller and Kate Moss both rocked the festival uniform of boots-with-shorts-with-sun protection. Miller surprisingly opted out of the celebrity standard of massive sunglasses, trying out this summer's hat trend instead. 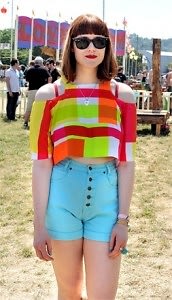 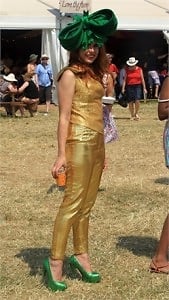 On the more colorful side of the spectrum, Kate Nash and Paloma Faith stood out from the crowd in bright blues, greens and metallics. Both British pop songstresses performed at the festival. 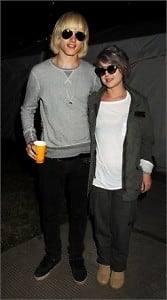 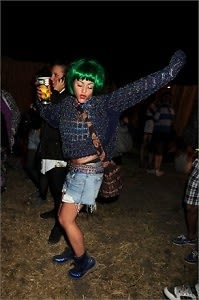 Kelly Osbourne kept it casual with fiancee Luke Worrall, while actress Jaime Winstone was the life of the after-party. No word on whether Winstone's wig was borrowed from Paloma Faith's green-accented outfit or an independent style decision. 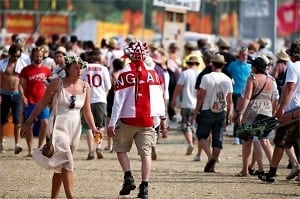 And, perhaps more original even than Kate Nash's kindergarten carpet top was the fanatical world cup fashion. It must have turned out to be a rough weekend for this festival-goer, who opted to rig himself out in English soccer fan gear (the Brits were eliminated from the World Cup on Sunday, June 27 in a bitter 4 - 1 loss to Germany).