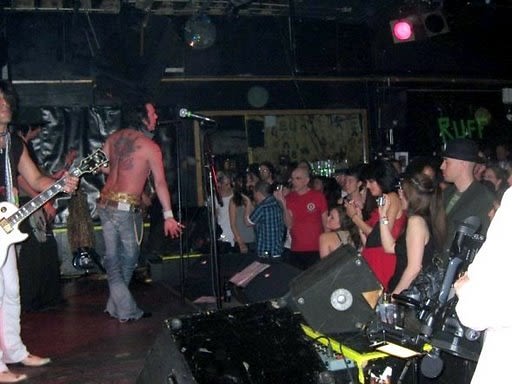 It’s official...Rock and Roll will never grow old. We decided to skip the Hamptons Magazine party for a much different more interesting kind of scene. We were invited as guests of the band “Day of the Snakes” to Don Hills’ “Rock Candy’s Metallic Wednesdays”. What a quality choice on our part. We woke up today with the sweet rocking music still pounding in our ears and the feeling that we had finally discovered part of the “secret” into where all the hip, in-the-know New Yorkers were going these days (because they sure aren’t sipping Pinnaple rums at Bungalow 8 anymore). Don Hills, on Greenwich St. in the West Village has been around since 1991, and we are a little embarrassed that it took us this long to stop by. Blame it on the lack of substance in the more popular Manhattan clubs, or on Andy Hilfiger’s guitar skills, but we are sold. Last night we became convinced that the eclectic crowd consisting of impeccably dressed A-list models, hipsters in hoodies, businessmen in Salvatore Ferragamo’s, Afros, Mullets, and Dreads, is one of the closest things we’ll find today that is comparable to the crowds found in Studio 54 at the height of its run. 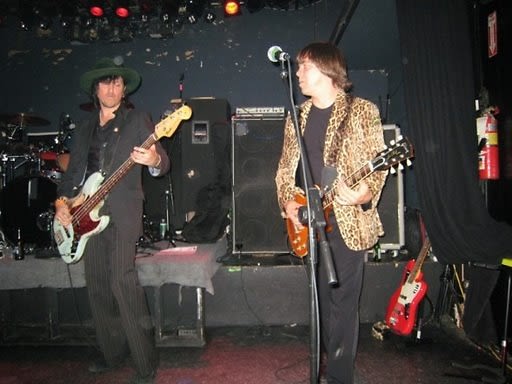 Many well known New Yorkers in the fashion, business, and artistic community were seen, as well as members of the band “Guns and Roses” who joined the “Snakes” crew later on at the Rose bar in the Grammercy Hotel. With the close of CBGB, it’s nice to see that Rock n Roll is alive and kicking. And while Andy may be famous for his work with brother Tommy, and as the man that started J.Lo’s career outside of music, he is without question, at his best when doing what he loves….Rocking our World.