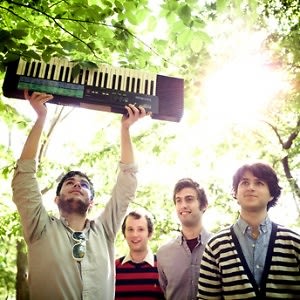 It's summer again and you know what that means? Central Park Summer Stage! With concert tickets running north of $65 these days, there's nothing like a free show. Especially when the artists playing that free show are good! One of the upcoming shows we are most excited to see are the boys from Vampire Weekend. This New York-based band that hit the airwaves by storm this past year is playing for FREE on June 14th at the Central Park Summer Stage.

Critically acclaimed by the New York Times, this band is set to play with other great artists, including one of Kanye's favorites, Kid Sister and Canadian indie band, Born Ruffians from 4-8 pm. But, be sure to get there by 3 and be ready to face a very packed crowd. Also, might we suggest the Boat Basin Cafe to fuel up before rocking out? It's definitely the perfect place to grab a burger and a brew before walking only a few blocks over to the show!