You've heard of the Vans Warehouse Parties when Swizz Beats & Joe Jonas performed at their huge Williamsburg/Greenpoint warehouse, but that's nothing like the concerts they have scheduled ahead. 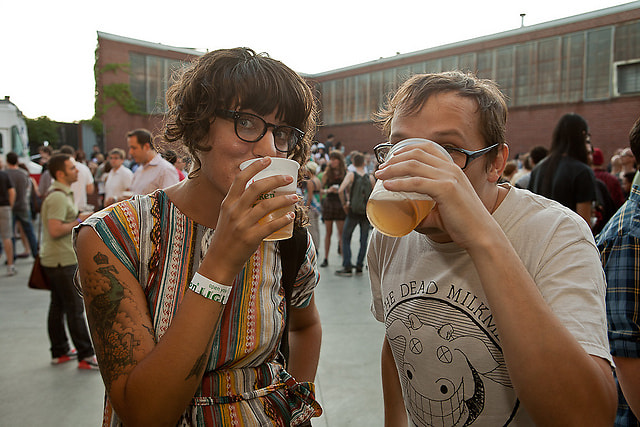 The Vans Summer Series is a melting pot of classic backyard parties, combined with the free spirited nature of Williamsburg, and the general disregard of cleanliness common in the skateboarding and rock lifestyles. If you're used to being pampered at the venues of Manhattan you'll be in for a culture shock when you attend the Vans Warehouse and find that the only seating is on the floor and no one else seems to have any problem with that. Even worse, the only bathroom facilities are a line of porta-potties lined up against the wall outside (or if you're a guy and aren't up for waiting in a line, the tight space behind the conveniently parked Vans Tour Bus).

However, once you get past those two annoyances the Vans House parties are a great time. The beer is free flowing, complimentary of Heineken, and food trucks line the walls when you need a snack. You can choose between hanging outside and enjoying the fresh air or heading in doors to watch the performances. The space is so huge it is probably physically impossible to pack out and you always have the space to interact and relax. Everyone is there to have a good time as dance parties, rap battles, or even games of cee lo pop up at random. 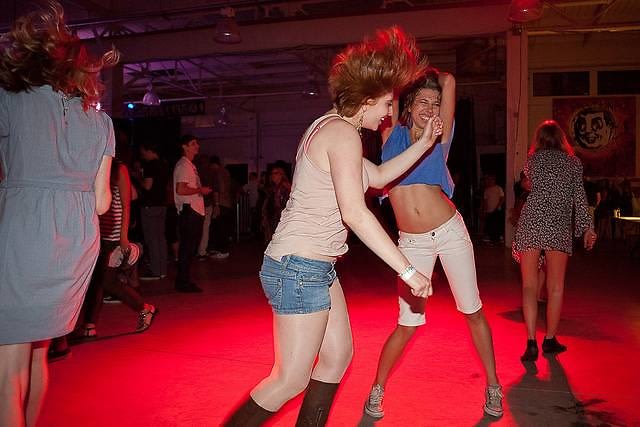 The event is all ages so everyone is welcome. The crowd was generally younger with a pretty equal balance of those who can and can't legally drink, as well as a couple of 10 year old kids running around as a performer howled into his mic just a couple yards away. As the night came to an end they even managed to run out of beer, which is not a reflection of Vans or Heineken as much as my shoutout to all the party goers, because there were easily 200+ cases ready to go at the beginning of the night and it wasn't easy to finish. 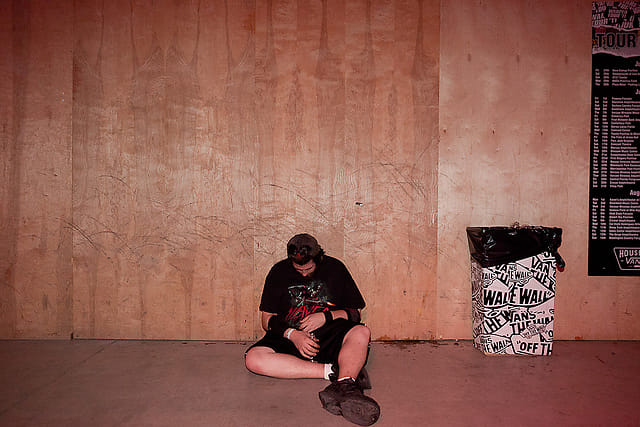 This guy had a couple of the beers. (He was actually passed out!)

Finally, but most importantly, the bands. The two shows already played featured the likes of No Age, Health Cuts, OFF!, and Lemuria to name some. The next two dates will feature The Screaming Females, Pissed Jeans, Man Man, Crystal Antlers, and more. The final two dates have been announced but the news of the bands set to play are being held in suspense. If this is your style or you want to try something new check these no hassle events out and have a great time. 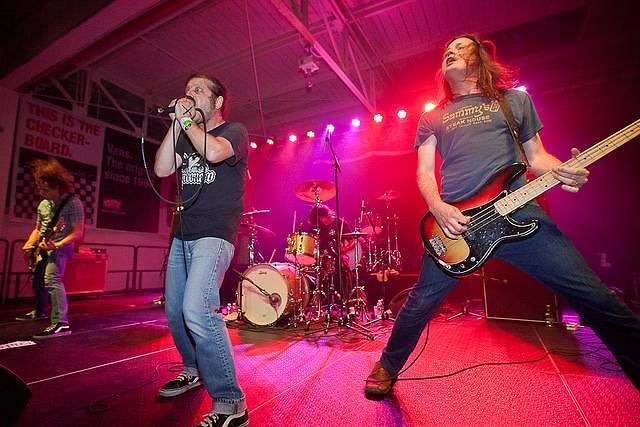 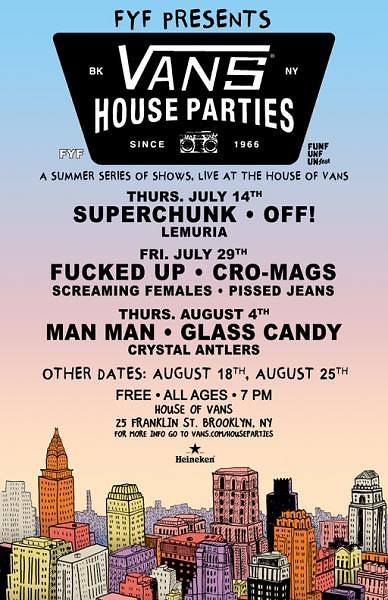 For future events here is the schedule, all photos found here.