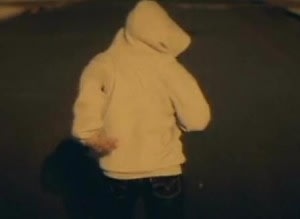 Well, this is pretty nifty. Arcade Fire and director Chris Milk have teamed up to make an interactive music video for "We Used To Wait" featuring your hometown and allowing you to leave advice for your younger self. Slightly corny. Vaguely creepy. But cool enough to be worth it!

Assuming the address where you grew up is visible on Google Earth (and that you're not afraid of Arcade Fire front man Win Butler stealing your info and surprising your folks with a visit), you're about to take a musical trip down memory lane.

Just plug in the coordinates and sit back as a faceless protagonist runs through your old neighborhood, birds fly overhead and you write the former you a postcard saying everything's gonna be alright. Or to avoid that tequila shot in the limo on the way to prom. You can be as earnest or goofy as you like. It's a journey that's equal parts familiar and alien. And the somber, nostalgic background music from the old before their time indie rockers doesn't hurt, even if the techie, multi-tab video is at odds with the tune's lament for the lost arts of letter writing and patience in the digital age.

Arcade Fire is big on youth, memory and neighborhoods, with the songs Neighborhood #1 (Tunnels), Neighborhood  #2 (Laika), Neighborhood #3 (Power Out) and Neighborhood #4 (7 Kettles) making up nearly half of 2006's "Funeral." With this, the band has let fans make the music and the 'hoods all their own.

Check it out here.