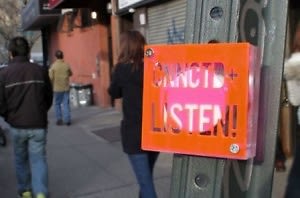 Starting on May 2nd, graffiti around the city will be getting a modern update with a new kind of tag called "sound graffiti." NYC-based creative agency CNNCTD+ is behind the project, which according to Paper Mag

There will be 100 Playbuttons located throughout the city, but before they hit the streets they'll be on display at a private show at the New Museum on May 1st.

People will just plug their headphones into a jack on the Playbutton to hear recordings, which will speak about a mural or a specific neighborhood. 100 creative people will be featured on the recordings, including Cindy Sherman, James Franco, Santigold, Paz de la Huerta, and Mickey Boardman.

Roman Grandinetti, who founded CNNCTD+, spoke to Paper Mag about some of the projects highlights, including:

"a Playbutton located at 39th and Broadway that features 30 fashion designers -- like Nanette Lepore and Rebecca Minkoff -- talking about their love of the Fashion District and another, installed next to a Jason Woodside mural on Kenmare St., between Elizabeth and Bowery, that describes the street art"

If you can't wait until May 2nd to check out the project, there are already two Playbuttons up -- one on the corner of Bleecker and Mott and one outside The Standard Hotel. 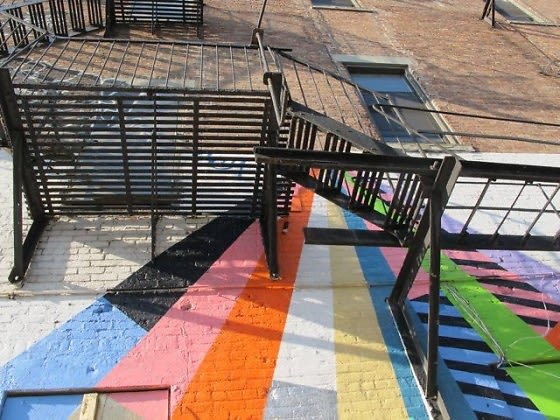